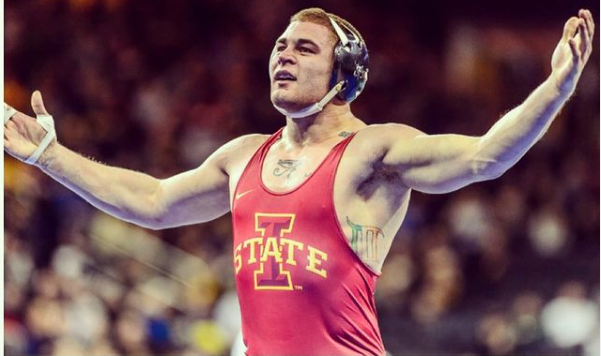 Controversial amateur wrestler Pat Downey is once again diving into the deep end of submission grappling. On June 19, Downey will compete in the Third Coast Grappling Middleweight Grand Prix alongside some of the best no-gi jiu-jitsu competitors on the planet. The promotion announced Downey’s participation in the tournament on Tuesday via Instagram.

Pat Downey was a 2015 national junior college champion in wrestling. During his college years, he attended both the University of Nebraska and Iowa State University for wrestling, but was removed from both teams for rules violations. After college, Downey continued his competitive career in freestyle wrestling, winning medals in 2019 at the Pan American games and the US Open.

At Third Coast Grappling, Downey will face some of the stiffest competition jiu-jitsu has to offer. Below is the current announced line-up for the middleweight grand prix.

How to watch: Third Coast Grappling takes place on June 19, 2021, and will air live on Fite TV pay-per-view.