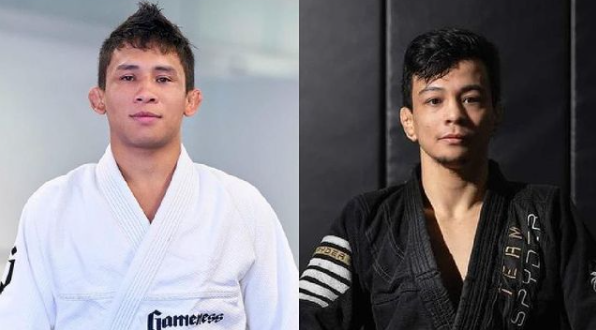 Two of the most successful black belt competitors of the past decade will compete at Fight to Win 173 on June 11. The promotion has recently announced that both Miyao brothers — Paulo and Joao — have matches scheduled for the event. Paulo Miyao will square off with Lucas Pinheiro, and Joao Miyao will face Pedro Dias.

The Miyao brothers first made a name for themselves on the competitive scene in 2011 and 2012 as purple belts and part of the then new-wave of berimbolo-focused grapplers. They have continued to find success as black belts over the past six years competing in both gi and no-gi and a variety of rulesets.

Paulo Miyao is a multiple-time IBJJF world champion and is coming off a gold-medal performance at the 2021 Pans. He’ll be facing Lucas Pinheiro, who is one of the absolute best featherweight competitors in the world. Pinheiro was a 2020 Pans gi and no-gi champion, and is currently scheduled to face Mikey Musumeci at Who’s Number One on May 28.

Not unlike his brother, Joao Miyao has a long list of black belt accomplishments, including four IBJJF no-gi world championships. His opponent, Pedro Dias, was a 2020 Pans silver medalist.

How to watch: Fight to Win 173 takes place on Saturday, June 12 in Dallas, TX, and will air live on FloGrappling (subscription required).