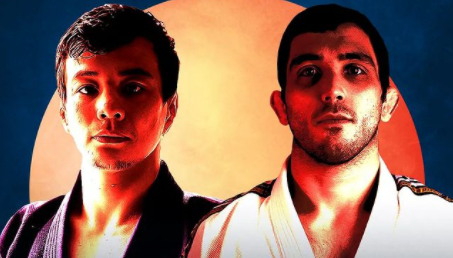 Top European competitor Ashley Williams is already a three-division Polaris no-gi champion. At Polaris 18 on November 27, Williams will look to add to his trophy case when he takes on veteran berimbolo specialist Paulo Miyao in a submission-only gi match.

A black belt since 2015, Williams was a 2016 IBJJF no-gi European Open champion. Over the past several years, Williams has largely competed in high-level no-gi promotions like Polaris, Kasai Pro, and Grapplefest. Recently, Williams won gold at the ADCC European Trials, punching his ticket to his first ADCC championships.

Paulo Miyao and his twin brother Joao are two of the best competitors of their generation. As a part of the then-new wave of jiu-jitsu players specializing in the berimbolo, Miyao won an IBJJF brown belt absolute world championship as a featherweight. As a black belt, he is a multiple-time Pans and world champion, and has been one of the sport’s most active competitors for nearly ten years. Miyao is also a two-time ADCC bronze medalist, with wins over top competitors like Tye Ruotolo, Nicky Ryan, and Geo Martinez.

The match-up between Williams and Miyao should be an interesting meeting of styles. Williams is an all-around grappling with skills in every area and a knack for finding the submission, but he is largely known for his no-gi accomplishments. Miyao has found success competing in both gi and no-gi (he won gold at the 2021 no-gi Pans), but is generally known for his accomplishments in the gi and his incredible back-taking game.

How to watch: Polaris 18 takes place on Saturday, November 27 and will air live on UFC Fightpass (subscription required).

Ben Coate has 583 posts and counting. See all posts by Ben Coate