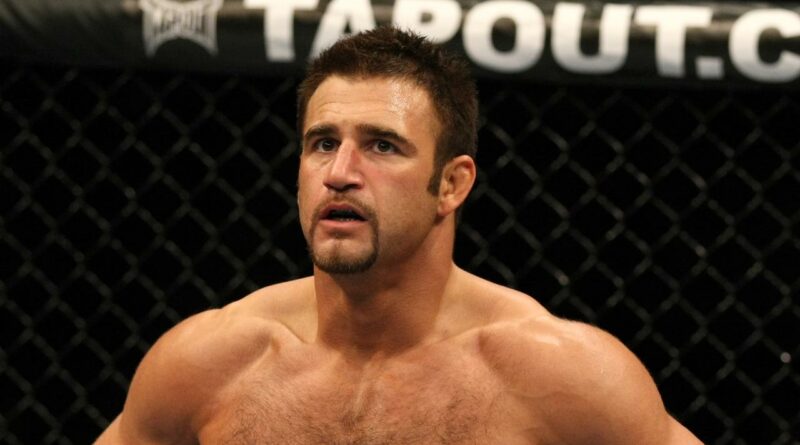 The former UFC fighter, 46, is under investigation after his partner was found dead by police in their San Pancho hotel room on Sunday. Phil Baroni has reportedly been arrested for the alleged murder of his girlfriend in Mexico after the pair ‘argued over her cheating on him’.

Baroni was reportedly under the influence of drugs and alcohol at the time and got into an argument inside a hotel with his girlfriend in San Pancho when the incident occurred, and the ex-MMA pro allegedly “beat his girlfriend to death” after she admitted to cheating on him according to Mexican news outlet Tribuna De La Bahia.

They add that when questioned by cops, Baroni admitted that he “threw his girlfriend into the shower” – and that she slipped and hit her head – dying just minutes later after being helped back onto their bed.

According to the report, authorities discovered Paola naked, laying in bed and covered with a blanket. She appeared to have been struck multiple times as she had bruises on her face and body. Photos have also appeared on social media of what appears to be Baroni speaking with police after the incident. Her body was found after Baroni approached police outside, telling them she was unresponsive.

After cops found her body, Baroni was subsequently arrested for homicide and a full investigation into the incident is being undertaken, with the fighter currently being held in custody in Valle de Banderas .

Baroni, known as ‘The New York Badass’, fought 10 times in the UFC across two spells with the promotion between 2001 and 2011. ‘The New York Bad Ass’ re-signed for the UFC in late 2009 but was later released after two consecutive defeats, bringing his run in the promotion to three wins and seven losses. Baroni’s final MMA bout was in September 2019 and saw him lose to Chinese fighter Sai Wang via a first-round submission at Rebel FC. Baroni’s recent social media posts indicated that he had since moved to Mexico.