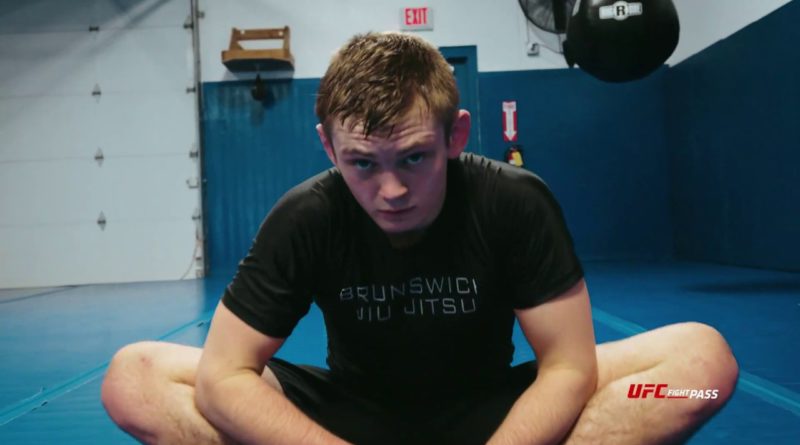 On May 25th Nicky Ryan faces off against Urijah Faber for the Polaris no-gi featherweight title. Here we look at the fighters, the match up, keys to victory and predictions for this main event.

Nicky Ryan is one of the youngest names in the sport. Little brother of BJJ superstar Gordon Ryan, the seventeen year old is something of a prodigy, earning his purple belt at just fifteen at the fabled Renzo Gracie Academy.

Nicky defeated Phil Harris at Polaris 7 by arm bar and Masakazu Imanari at Polaris 8 by RNC to take the featherweight belt. This will be Nicky Ryan’s first title defence. Other big names on his resume include 10th Planet’s Geo Martinez by judges decision at Kasai Pro 2, and Hideo Tokoro by rear naked choke in a special match at Quintet 3.

A win here is the next stage in the exciting and early career of this young grappler, one that may soon eclipse that of his older brother.

As with anyone from the Deathsquad, Nicky is a specialist at leg locks with a plethora of other attacks, including a lethal triangle game. He’s a pure submission grappler. Nicky tends to play from the bottom, utilizing skill over strength, and having entered high level competition at just thirteen  years old this isn’t surprising – if anyone is going to learn small-man Jiu Jitsu it’ll be him. That’s also good, because it’s hard to believe that he’ll match Faber in power, no matter how much conditioning he does. I doubt Nicky has his full ‘man strength’ yet, and the wrestling heavy background of Faber means he has a lot of catching up to do. Despite the age difference I doubt the cardio will play a big factor – Urijah has never appeared to have issues with the gas tank, and I doubt he’ll start now.

Nicky is going to have to strategize to negate the physical advantages of Faber. Leg attacks have always been a classic attack for the smaller man, and Urijah is not nearly as experienced in this field. Past this, the DDS staple of taking the back and trapping the arms is the perfect way to tip the scales in your favour. Anything that requires a large amount of force is something Nicky will need to steer clear of, and I doubt any good will come of fighting on the feet. Sit back, play from the bottom, and deny Faber the opportunity to score any points for the takedown. The one thing he needs to deny Faber is the guillotine. It’ll be about maximising his leverage with better positioning, and using his wider repertoire of attacks.

Despite the strength advantage of Faber, I think this one goes to Nicky Ryan. Nicky might not be able to take Faber down, but he’s the more experienced submission artist with far more variety in his attacks. Expect him to start from his favoured seated position and end the match in a submission, probably either by leg lock or RNC.