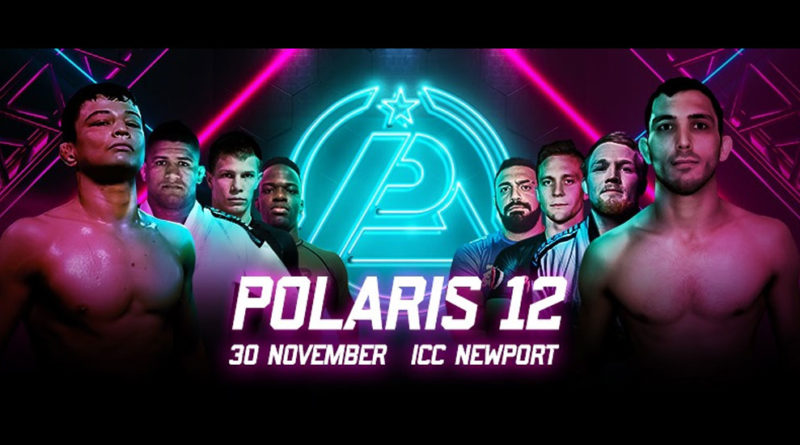 The submission grappling world has been full of excitement all month long with events like Fight 2 Win 132, the $100K grand-prize Spyder Invitational, and Combat Jiu Jitsu Worlds all leading up to Polaris 12 on November 30th. After seeing the stacked the undercard is, it’s easy to imagine what the main card is like. Let’s take a look at rest of the lineup and keep the fun rolling.

Pj Barch is a former D1 wrestler who received his black belt from Richie “Boogeyman” Martinez. Since then, he represented 10th Planet Gym as they won Quintet and won the Onnit Invitational. Marcin Held is primarily an MMA fighter with deep roots in grappling, he claims to compete in MMA purely for monetary reasons. Held does have some grappling victories worth noting, including ADCC wins and a victory at Polaris 6 over Chris Fishgold via armbar. They actually shared the stage at Quintet 2 when 10th Planet beat Team Polaris. They both went 1-1 at the team event but didn’t meet head-on back then.

This match features Devhonte “Bones” Johnson, who won IBJJF world championships at purple and brown belt consecutively in 2017 and 2018. Despite only starting his grappling career in 2011 Johnson has made a name for himself on the IBJJF circuit, winning several tournaments in the black belt division this year alone. Arya Esfandmaz is a Roger Gracie black belt and a decorated BJJ competitor himself. He’s very familiar with Polaris, having won his first fight fight before having a fight with Satoshi Ishii at Polaris 11 cancelled.

The women will be represented at Polaris 12 by Michelle Nicolini who currently fights at ONE FC (6-2) and Vanessa English. Nicolini is an 8-time IBJJF World Champion across four different weight-classes and an ADCC Champion. English is no slouch either, with an IBJJF European title of her own. She has an opportunity to get a big win here against one of the legends of women’s BJJ.

This is a match that is highly reminiscent of the headlining event. Tommy Langaker is a young grappler with a list of accolades to his name, including Pans and World championships at the colored belt level, and an Abu Dhabi Pro championship this year. “Durinho” Burns is another IBJJF World Champion and experienced MMA fighter with the UFC. However, similarly to Luke Rockhold, Burns’s last grappling title came several years ago, so hopefully he has been training smart for this weekend’s event.

This is another special match that sees a former D1 wrestler in Richard Alarcon square off against Z Guard player Ash Williams. Alarcon snuck into the ADCC bracket this year after an injury opened up a spot for him. He had one of the biggest upset victories of the tournament by beating the number two seed Gianni Grippo. Williams is pretty well known at Polaris, being current Featherweight Champion. He won the title Polaris 10 where he received match of the night in his decision victory over Ethan Crelinsten. Expect Alarcon to get the take down and Williams put his strong guard game to work against the wrestler.

The main card Saturday is headlined by former UFC champion Luke Rockhold, who will take on recent sensation Nick Rodriguez. Rodriguez had a break out performance at this year’s ADCC, placing 2nd in his division and earning his purple belt. Rockhold has not had a chance to prove himself in the grappling arena for a while, but before focusing on MMA he was an IBJJF world champ at different colored belts.

However, that was over ten years ago. It will be interesting to see how the veteran will take on the most exciting up and coming grappler in Rodriguez. Rockhold is debatably one of the best grapplers to ever compete in MMA. Whether or not he can transition back to a high-level grappling only competition after such a long tenure in MMA will be the deciding factor in this bout.

For tickets to the upcoming Polaris 12 on 30th November in Newport, South Wales, click here.