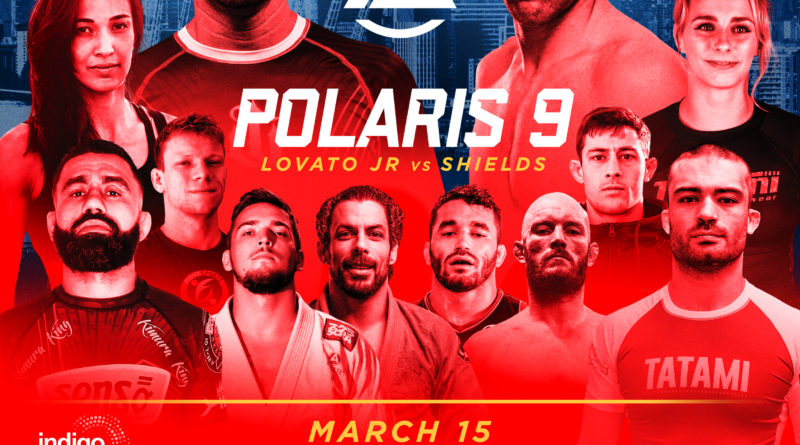 Once again, Polaris was able to make good on its promise of exciting matches. Their matchmakers ought to be extremely satisfied with the event they orchestrated.

Rafael Lovato Junior triumphed over Jake Shields in an impressive, dominating performance. He utilized a slow, grinding game to take the victory. Shields, with a similar slow, grinding style, put up an excellent fight, but he was ultimately no match for the experience of Lovato Junior.

Meanwhile, Ffion Davies was relentless in her offensive pursuit of a submission. She continued her tear against the Brazilian, trading submission attempts and finishing the match in just three minutes.

Vagner Rocha v. Ross Nichols had promised to be an exciting match with clashing styles, but both grapplers were so focused on defense that the action stalled. The two grapplers did not hold back, but were perhaps too evenly matched, for neither was truly able to work offensively. Vagner took the win largely for his more imposing style.

Tarik Hopstock made quick work of Eoghan O’Flanagan. Hopstock pulled guard and was able to keep his legs safe from the leg lock specialist. He found his grips, committed to them, and grabbed himself an ankle lock in a not-to-be-overlooked performance.

One of the most surprising and exciting matches was Fred Vosgrone v. Haldor Valsson. Vosgrone really impressed the judges with a quick pace, constantly attacking, while Valsson was forced to defend. Valsson was able to launch some attacks of his own, but ultimately the decision was earned by Vosgrone.

The armbar victory came for Ethan Crelisten in an action-packed match. The two leg lockers were evenly matched until Crelisten decided to go for the back. From there, the Canadian dominated the match, looking for a RNC victory for nearly eight minutes until he finally moved to the arm and secured the armbar. This was definitely a win for the flexible game plan of Crelisten.