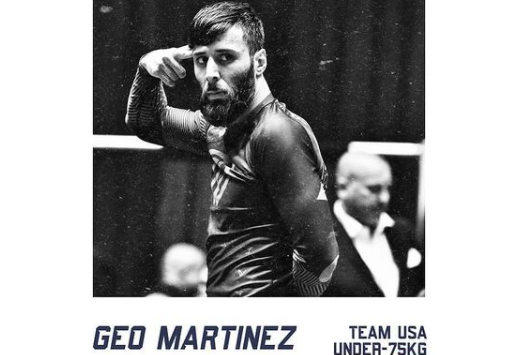 We are now just a few weeks away from Polaris Squads: Team USA vs. Team UK/Ireland. The promotion recently announced some changes to the team rosters, most notably the addition of top competitors Roberto Jimenez and Geo Martinez to Team USA. Also, Adam Benayoun and Mike Perez were added to Team USA, while Jed Hue was added to Team UK/Ireland. View the current team rosters below.

Both Roberto Jimenez and Geo Martinez seem like grapplers that will succeed under the Polaris Squads ruleset. A high-paced team grappling competition, each match is submission-only with the winner staying on the mat to compete against the opposing team’s next chosen competitor. In the event a match ends with no submission, both competitors leave the mat. If Polaris Squads 1 and 2 were any indication, this ruleset consistently creates exciting, offensive-oriented matches.

Jimenez is widely considered one of the most entertaining grapplers in jiu-jitsu. An ultra-aggressive submission artist, he is a world class back taker and a dangerous closed guard. He is coming off submission victory over Kade Ruotolo at The Road to ADCC.

Martinez is a longtime no-gi and submission-only competitor. A 10th Planet black belt, Martinez generally does his best work from his guard, but has recently shown major improvements to his wrestling game to complement his guard and leg lock-heavy attack. Martinez also competed at The Road to ADCC, losing a hard-fought match to Mikey Musumeci.

How to watch: Polaris Squads 3 will take place on August 7, 2021, and will air on UFC Fightpass (subscription required).