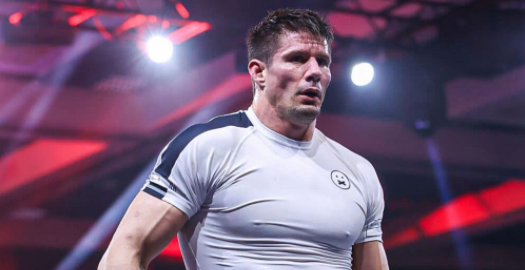 Kyle Boehm has been stripped of his Polaris heavyweight title after making comments on Instagram denying the Holocaust.

On Friday, hours before Polaris 22 and the Polaris middleweight grand prix, the UK-based grappling promotion announced that it had stripped heavyweight champion Kyle Boehm of his title for comments he made “that are not inline with Polaris’ code of ethics.”

The organization further announced that Boehm would not be invited to compete at Polaris again.

Polaris posted about the situation on its Instagram story:

Consistent with an initial report from Jits Magazine, since verified by Grappling Insider, Boehm made comments on a post by NBA star Kyrie Irving in which Boehm referred to the Holocaust as a “hoax.”

Irving recently found himself in hot water after sharing to social media a film with antisemetic messaging, including Holocaust denial. Following a public outcry and discipline from the NBA, Irving issued an apology on his Instagram account, stating “I had no intentions to disrespect any Jewish cultural history regarding the Holocaust or perpetuate any hate.”

Boehm, a 10th Planet black belt and one of the top no-gi competitors in the world, responded to a pair of comments in Irving’s post. Boehm’s first comment is in reference to the film shared by Irving, with Boehm stating that “none” of the statements in the film (presumably including Holocaust denial) were false.

In his second comment, Boehm refers to the Holocaust as a “hoax.”

Polaris has not yet made any further announcements regarding Boehm or his comments. Boehm has remained silent regarding the situation.

The Holocaust was an act of genocide led by Nazi Germany in which six million Jews were systematically murdered. Learn more about the Holocaust, its lasting effect, and the dangers of Holocaust denial and antisemitism from the International Holocaust Remembrance Alliance.