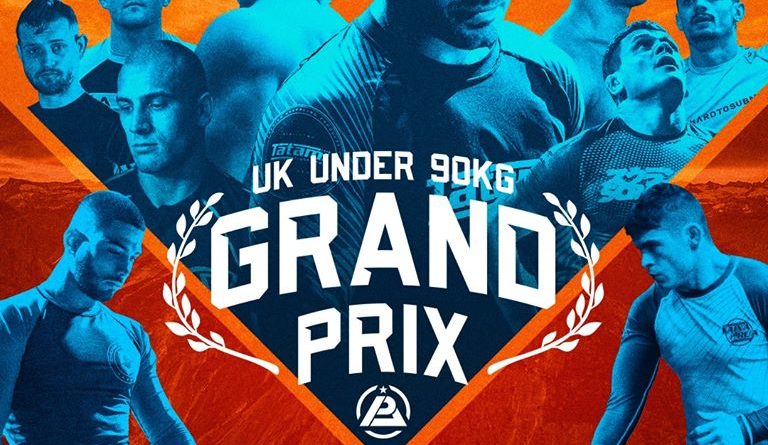 Almost six months after the event was first announced, the Polaris Grand Prix is finally right around the corner and the bracket has just been released. The event started out with elite grapplers from all around the world, before the Coronavirus outbreak forced a delay, the removal of the crowd and ensured that the promotion could only use fighters residing in the UK. After what felt like endless changes to the lineup, Polaris were finally able to pin down the entrants for it’s UK grand prix just a fortnight ago and the bracket can now be revealed as well:

The two favorites to take home the Polaris UK grand prix title have been placed on opposites sides of the bracket, thanks to either good fortune or sensible matchmaking. Of course, I’m referring to ADCC 2019 competitor Ross Nicholls and the only man who’s been a part of this event since it’s original incarnation as a world Grand Prix, Freddie Vosgrone. Realistically, these two men represent the most likely championship match that we’ll get to see, although neither one has an easy path to the final at all.

For Nicholls, he should be able to make his way past Dominic Dillon relatively comfortably thanks to the large gap in experience competing at the highest levels. When it comes to his semi-final matchup, he faces the interesting prospect of competing against Bradley Hill, an experienced British competitor in his own right who might present a unique challenge for Nicholls to overcome. Should Hill not make it past Shane Curtis in the opening round however, Nicholls should face a significantly easier challenge on the way to the final.

On Vosgrone’s side of the bracket he has a difficult first match against UFC veteran and 11-2 MMA fighter Tom Breese, although the significant weight advantage that Vosgrone holds over the man who spent most of his MMA career at Welterweight combined with his fantastic proficiency with leglocks should be enough to see him through. It’s difficult to call the winner of the final opening round match between Silviu Nastasa and Taylor Pearman, although Pearman has achieved great things at several belt levels in IBJJF tournaments. Regardless of who wins, both men are again smaller than Vosgrone and have much less experience with elite competitors considering he walked away from the IBJJF No Gi World Championships with a bronze medal last year.

If the final match does end up seeing Ross Nicholls take on Freddie Vosgrone, we’re guaranteed a high-intensity fight with no shortage of leglock attempts as both men can keep up with some of the best around in that area. The weight advantage that Vosgrone has might end up proving to be the deciding factor, although Nicholls is certainly no slouch and if anyone in the UK can beat the unbeaten Polaris Super-Heavyweight, he can.