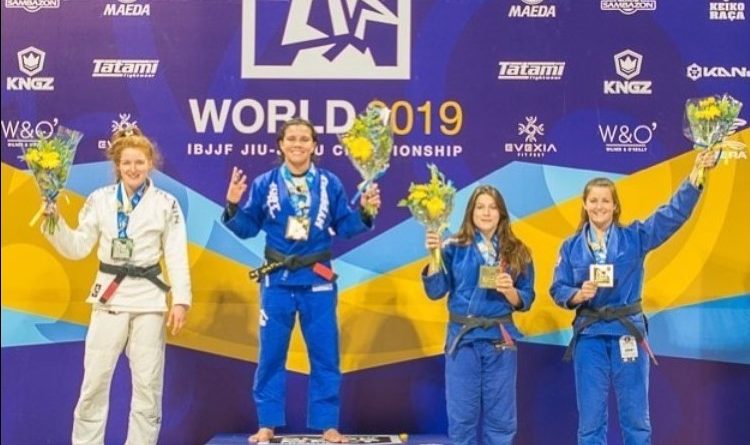 Nicknamed “Baby,” Ana Carolina Vieira Srour was born Nov. 19, 1993, in Rio de Janeiro, Brazil. If her name and face seem familiar, it’s not only because she has dominated in high-level grappling for some time now. Her brother happens to be grappling legend Rodolfo Vieira.

She started taking her first Jiu Jitsu classes at 14, only to stop because there were no other girls. Then she watched her brother compete at a small tournament and the family’s support inspired her to go back to training at 17. Two years later, her first exposure to the spotlight took place at the 2012 World Professional Jiu Jitsu trials in Gramado, Brazil. As a blue belt, she reached the finals, facing the accomplished Monique Elias. Afterwards, she switched teams, ending up at the world-famous GF Team under Julio César’s tutelage.

Moving to GF Team proved beneficial for her training. In a stroke of luck and good timing, she found fellow female top talent. Mayssa Bastos, Amanda Monteiro and Vanessa Oliveira were regulars and together they formed a formidable female force. True to form, she became a staple at the podium, racking up medals at every belt rank from 2012 on. She earned her first gold medal as a black belt in 2017 at the IBJJF Worlds. The next year she earned gold in both Gi and No Gi Worlds.

She and her significant other, Luanna Alzuguir, opened their own academy. Aviv Jiu-Jitsu officially opened in January 2020.

Together, they lay claim “8 world titles between us and only couple to achieve multiple world titles in the black belt division. Also, the first and only women to open a jiu jitsu team/school in history.” Alzuguir is a Hall of Famer, an ADCC champion (2009), as well as a Worlds gold medalist from 2009-2013 and 2018. Yes, you read that correctly. She won first place every single year from 2009 to 2013 and then again in 2018. They recently celebrated their second anniversary.

Watch Third Coast Grappling: Kumite 7 Sept. 26 to see who will reign as the “Queen of the Kumite.” Check back here for the other profiles as well as the preview and results and reviews.