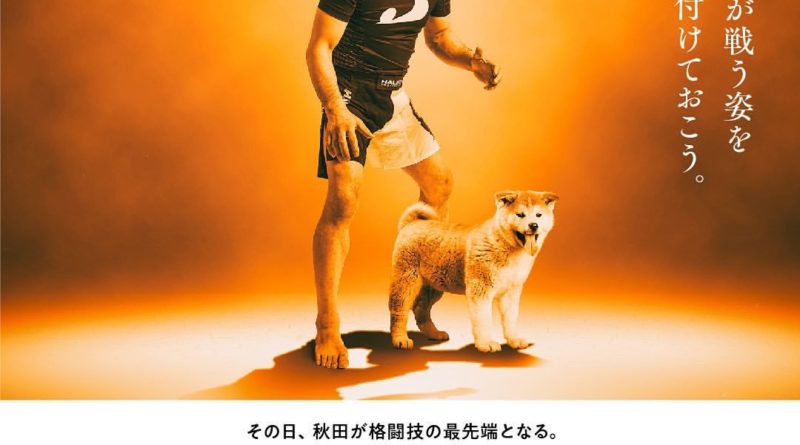 Kazushi Sakuraba has a very busy end to the year as Quintet Fight Night 4 happens on November 30th, only two weeks before the much anticipated Quintet Ultra. Four teams of MMA-veterans face off and Gordon Ryan grapples Aleksei Oleinik in a superfight at Quintet Ultra, but we’ve got this weekend to come first. Four teams, consisting of five grapplers each will meet on the mat in the Japanese city of Akita under the well-known and much loved ruleset of Quintet.

This edition of Quintet does not feature a western team or any grappling phenoms from down under, instead three Japanese and one Korean team compete. The first team is based out of the legendary Paraestra-gym in Tokyo, consisting of Kohei Yasumi, Ayumu Shioda, Yutaka Saito, Yusuke Honma and Shoki Higuchi. They will represent a gym known for great grappling that features heavy influence of Sambo, Judo and Shooto.

The second team is Team K-Top-BJJ from Korea. While Korea isn’t necessarily famous for its great BJJ-fighters, these competitors have the skill to back themselves and might very well have a point to prove. The team is made up of Inseong Jang, Wanki Chae, Gyengseop Cho and Jun Yong Cho.

While Sakuraba does not compete himself, he’s never far at any Quintet event and still fields a team in this one. He’s represetned by old friend Daisuke Nakamura, Yuji Hoshino, Shutaro Debana, Kazuhiro Suzuki and Yoichi Fukumoto. Team Sakuraba is MMA-oriented, but we’ve seen former and active MMA-fighters do very well in Quintet before so that’s not out of reach.

The final team fights out of Carpe Diem BJJ, probably the most well-known BJJ gym in Japan these days. They field Masahiro Iwasaki, Tomoshige Sera, Sotaro Yamada, Yukinari Tamura and Tomoyuki Hashimoto. Team Carpe Diem will probably be the “purest” BJJ-team in the event, but that doesn’t guarantee success under this unique set of rules.

Quintet Fight Night 4 feels almost impossible to call beforehand, since the teams are all well-matched and any size-discrepancy is compensated for with a reduction in time-limit. Team Carpe Diem should have a slight advantage when it comes to smooth BJJ and efficient submissions. This should be enough to see them through to victory, but nothing is set in stone in team-based grappling. All it takes is one fighter to have a good run and that can be the downfall of an entire team. Viewers can expect a night of fast-paced, high action grappling throughout the event.

As an added bonus, there will also be a separate superfight between a regular Quintet competitor, Haisam Rida and 10th Planet’s “Kneebar Wizard”, Kyle Chambers. This marks the end of a busy month for Chambers after he came second at last week’s Combat Jiu-Jitsu Worlds. Rida is a fantastic competitor who’s come on leaps and bounds in the last year or so, but Chambers has been equally impressive lately. This stands to be an incredibly exciting match featuring two of the sport’s rising stars.

My money is on Rida to take home the win in what could be the closest match we’ll see all night.

This weekend is packed with grappling action as Polaris 12 also has a stacked card. For tickets to the upcoming Polaris 12 on 30th November in Newport, South Wales, click here.