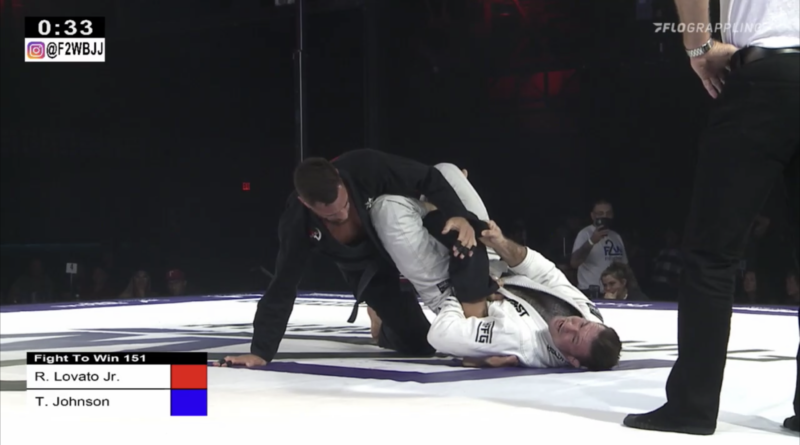 In the co-main event at Fight 2 Win 151 on Friday, Aug. 12, Rafael Lavato Jr. met Aaron “Tex” Johnson. Johnson is a multiple Pans champion and former MMA fighter who is an expert with leg locks. Lavato Jr. is a world-class black belt and former Bellator champ who has not been submitted by leg lock since 2011.

This was a highly anticipated match, but the most exciting part was played out between the ref and the promoter. Johnson pulled guard right from the start. Within 10 seconds he had a 50/50 position against a kneeling Lavato Jr. This was essentially the end of the action. For the remainder of the match, this is where these two stayed.

The only action we saw was a brief moment when the ref stood the two up. At first, it looked like he was going to reset them to the center of the mat in the same position. But then everyone realized he was resetting them standing in an attempt to generate action. Johnson argued that he shouldn’t be reset from such a position. Promoter Seth Daniels agreed and intervened. He instructed the ref to put them back in the 50/50 position. Johnson won by judges’ decision.