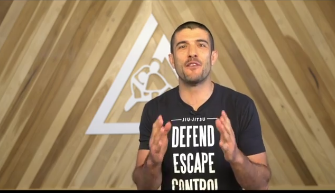 For fans of grappling and jiu-jitsu, last weekend might have been frustrating. Not only was the biggest sporting event of the weekend a boxing match, it was one between a 44-year old, retired Floyd Mayweather, and YouTuber and 0-1 boxer Logan Paul. The lead up to the bout was an entertaining spectacle, but the fight itself left many fans disappointed, as Paul clinched his way to surviving all eight rounds of the exhibition match against Mayweather.

Although he typically saves these videos for explaining grappling situations, longtime jiu-jitsu black belt Rener Gracie felt compelled to recap the fight, giving it a bit of the “Gracie Breakdown.”

Operating from a jiu-jitsu, rather than a boxing perspective, Gracie had three main takeaways from the fight.

First, the fight was a match-up between David (the diminutive Mayweather) and Goliath (the younger, larger, heavily muscled Paul). According to Gracie, this fight showed the limitations of boxing when used against a larger opponent. Jiu-jitsu, on the other hand, is designed for exactly this type of scenario.

Second, this bout illustrated that boxing has very limited ways to win, whereas jiu-jitsu has “99 ways to win.”

“With jiu-jitsu, all we have to do is grab you once… I have 99 ways to submit you. Basically every joint, every limb, every major artery to your brain is a target,” Gracie said.

Thirdly, the fight showed the importance of distance. Boxing is a sport that requires space; Paul exploited this by consistently closing the distance and clinching, smothering Mayweather’s technical boxing. In a fight that allows grappling, Gracie believes this would have been a much different fight.

“Had the ref not separated them every time they clashed, they would have inevitably fallen to the ground and when they did Logan Paul would have beaten Floyd Mayweather up in a fight on the ground,” he said.