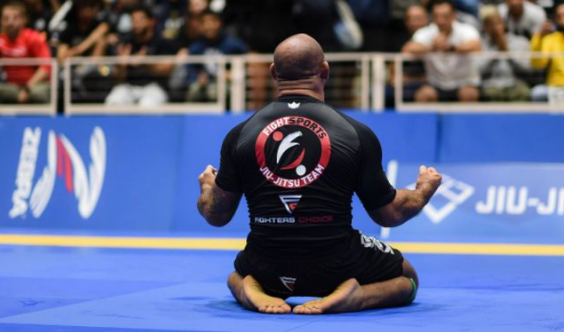 Earlier this year, ADCC head organizer Mo Jassim spearheaded an effort to investigate and bring to light allegations of sexual abuse perpetrated by former Fight Sports black belt and instructor Marcel Goncalves. Jassim alleged that Fight Sports owner Roberto “Cyborg” Abreu had created a culture that allowed such abuse to happen, and when confronted with evidence of Goncalves’ abuse of a Fight Sports student, Abreu took actions to silence the victim and support Goncalves.

In October, the New York Times reported on Goncalves, Abreu, and the various allegations of sexual abuse and assault that had taken place under a Fight Sports roof or had been perpetrated by a Fight Sports instructor.

On Monday, an alleged victim of Goncalves filed a lawsuit in Miami-Dade Circuit Court against Goncalves, Abreu, and Abreu’s various Fight Sports businesses.

According to the lawsuit, Goncalves pressured the plaintiff to remain silent about the abuse, telling the plaintiff “it would ruin her life and that it would also ruin Goncalves’s son’s life if she told anyone.”

“Among the places Plaintiff was abused at the Naples gym were the main room, the back training room, the bathroom, the closet, and also in Goncalves’s car in Naples, Florida and on several occasions in his car on trips to Miami, Florida,” states the suit.

The lawsuit implicates Abreu for his alleged mishandling of the sexual abuse. In response to the concerns Jassim and the jiu-jitsu community raised earlier this year, Abreu implemented new sexual abuse and misconduct policies. According to the lawsuit, that demonstrates “that at all times, Abreu had the ability to exert his control of the Fight Sports affiliated gym in Naples, Florida.”

Moreover, the plaintiff alleges that Abreu had prior knowledge of sexual misconduct, and that by failing to take action to curb such behavior, created a culture at Fight Sports that allowed sexual abuse to take place.

“The harm Plaintiff suffered resulted from Fight Sports’ failure to properly oversee its trainers and instructors and its failures to properly care for vulnerable minors training at Fight Sports’ gyms. At the very least, Fight Sports had the power to implement safety mechanisms, policies, and measures to protect minors from abuse, yet they failed to do so, allowing the abuse
to continue.”

View the full lawsuit against Goncalves, Abreu, and Fight Sports below.