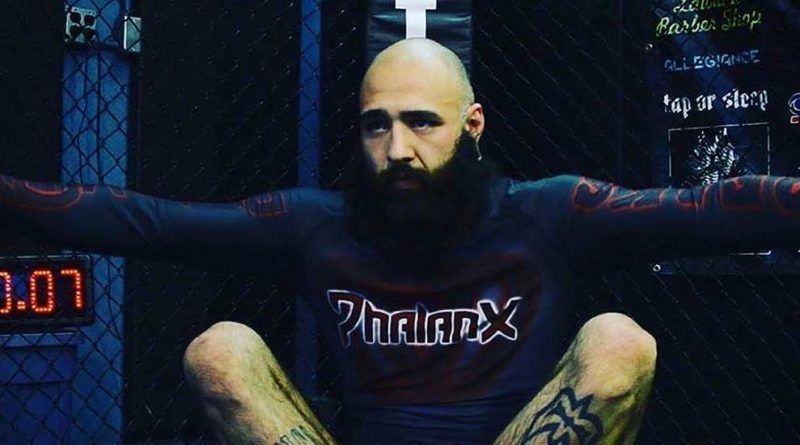 Richie “Boogeyman” Martinez has just been on the receiving end of a fine for “Failure to obey a public order” or more specifically, for going to his gym to film a BJJ training video for his students while his local area is under restrictions to help combat the spread of Coronavirus. Martinez is a 10th planet representative and the older brother of Geovanny “Freakazoid” Martinez, both of whom have been among the most successful 10th Planet grapplers in recent memory, alongside PJ Barch.

Martinez shared the below picture of the fine he received on his official Instagram page:

Interestingly, Richie Martinez is actually set to make a public appearance very soon when he takes on Bellator MMA fighter, Austin Vanderford, for Chael Sonnen’s brainchild, Submission Underground 13 on April 26th. While Richie doesn’t compete quite as often as his younger brother Geo, he is still a regular competitor at Submission Underground (SUG), beating Jake Shields with a slick Armbar finish in overtime at SUG 11.

Of course, the Eddie Bravo Invitational (EBI) style of overtime rules used in BJJ competitions is something that Richie Martinez is no stranger to as a 10th planet grappler. He took second place at an EBI invitational back in 2014 and frequently appears in Geo’s corner for his fights, with the younger brother winning two editions of EBI in the same year and a third and final gold medal coming in 2016. The brothers also competed together at Quintet 2 in 2018, where they and three other 10th planet competitors (including the aforementioned PJ Barch) cruised to a decisive victory in the team-based grappling tournament.