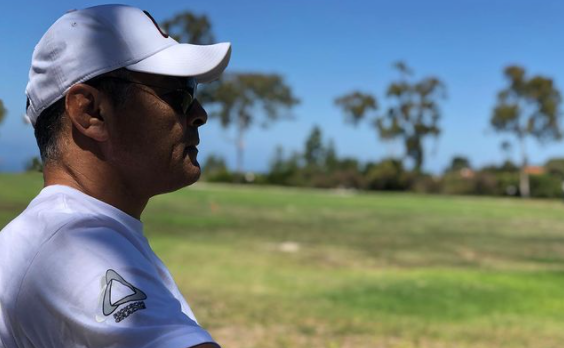 Kron Gracie’s last fight was a hard-fought fight-of-the-night decision loss to Cub Swanson at UFC on ESPN+ 19. He hasn’t competed since then, and Gracie’s father, the legendary Rickson Gracie, is unsure when his son will return to the cage.

In an interview with MMA Fighting, Rickson Gracie spoke about his son’s most recent loss and his future in MMA.

In his loss to Swanson, Gracie spent much of the fight seemingly happy to trade punches with the veteran striker. An IBJJF and ADCC world champion, Kron Gracie is one of the best grapplers in the UFC. And while Rickson disagrees with his son’s approach in that fight, he understands where he’s coming from.

“[Kron] wanted to prove himself and to his friends that he could take a punch, that he’s not afraid of getting punched, that he wasn’t worried about using only one skill and delicate technique to win fast without getting hurt, keeping his face clean,” Gracie said. “‘He said, ‘I can prove that I’m a man, that I’m in this environment and I can brawl.’

“He proved to himself that he has heart, that he’s brave and has cardio, that he can take the pressure, but I already knew that in my head. I know he’s an animal, he’s a warrior. What he showed me was lack of ability to work strategically on someone else’s weakness. I never liked clashing heads — I always liked catching someone when they were distracted, to surprise them. I don’t like taking the toughest path, I like taking the door that’s open, the easier way to win. The quickest, the more efficient way, and causing less pain and trauma, the better. If I can beat the guy in 10 seconds in a way he doesn’t even feel pain, that to me is the best possible [outcome].”

“That being said, I see Kron trying to show himself as a man, as a warrior, and a bit away from the structure of what jiu-jitsu is meant to be, which is to make life easier. I believe he should train boxing the way he trains and be experienced enough to know he can [box], but use that boxing to get inside the range and immediately make the transition from boxing to jiu-jitsu instead of trying to beat the guy with boxing, to trade hands with the guy to show he’s capable of working in any area.”

The October 2019 loss to Swanson was the first of Kron’s still young career, dropping his professional MMA record to 5-1. For the time being, Rickson and Kron seem to have parted ways, and the elder Gracie is unsure when his son will fight again.

“Right now we’re giving each other some space, you know? We had some small arguments and now he’s moved to Montana, he’s with his new gym there, he’s training. I don’t know exactly what his plans are for MMA, but I root for him. I know he has great potential, not only as a fighter, but also a great teacher, a great man. I’m rooting for him, and I’m also curious, like everybody else, to know what he’ll do next.”