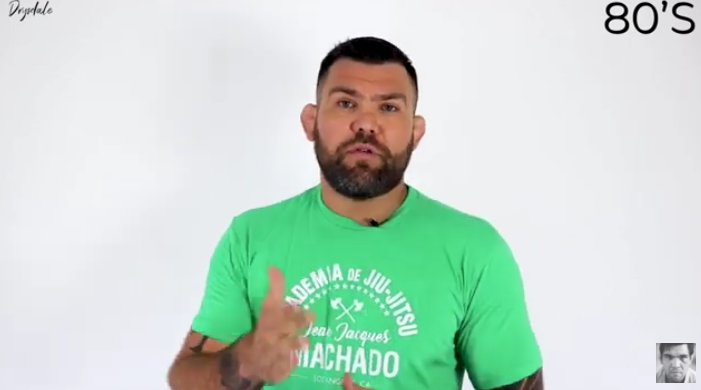 Although Brazilian jiu-jitsu is relatively young as a competitive sport, a few people have attempted to objectively chronicle the history of the competition side of BJJ. One of those people is ADCC champion Robert Drysdale, who, along with the publication of his book “Opening Closed-Guard: The Origins of Jiu-Jitsu in Brazil,” has released a video detailing what he believes are the best competition teams of all time.

Drysdale approaches the question systematically, starting in the 1980s when the sport was in its infancy and dominated by either Rolles Gracie’s team of the Carlson Gracie team. In the 1990s, the sport grew under the explosion of Gracie Barra, lead by Carlos Gracie Jr., and Rombero Cavalcanti of Alliance.

Gracie Barra and Alliance would remain prominent teams for decades, and in Drysdale’s estimation, are the two most successful BJJ teams of all time.

In the 2000s, Alliance off-shoots Atos and Checkmat rose to prominence, and they remain two of the most dominant teams in modern competition.

Check out the video below for a quick history lesson.

Robert Drysdale is one of the most accomplished early American jiu-jitsu competitors. He won an IBJJF black belt world championship in 2005 and an ADCC absolute championship in 2007. He is now the owner and head instructor at Zenith BJJ, which he founded in 2004.