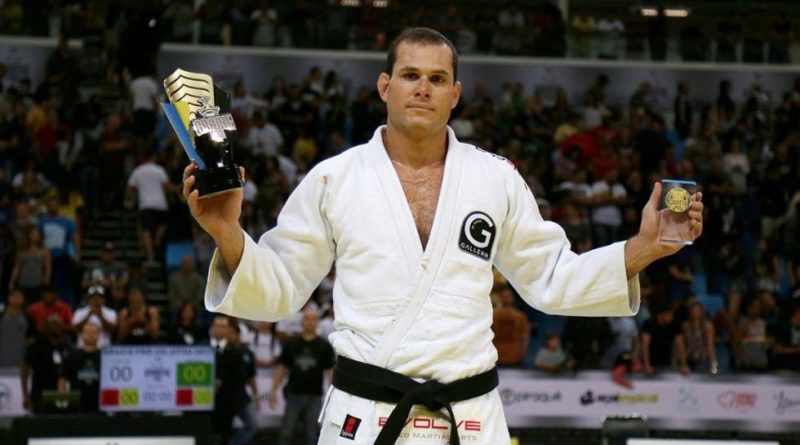 Roger Gracie has thankfully recovered from a run-in with Coronavirus and the frontrunner for greatest BJJ competitor of all time has revealed in an interview with Combate that having the disease was definitely not a comfortable experience. The former UFC fighter and multiple-time IBJJF World Champion apparently experienced both a cough and a fever towards the beginning of March, the start of his symptoms. Shortly after this, he began to experience shortness of breath and although he requested an ambulance, he was later deemed to be in good enough shape to recover at home.

Roger Gracie also said that his bout of Coronavirus was not particularly long-lasting, he was sick for a total of about ten days which had cleared up by two weeks ago. He did mention however, that he experienced a reduction in symptoms around day 8 before getting hit even harder the following day. Roger also mentioned that his girlfriend suffered with it, although for an even shorter time than him as her symptoms had subsided after only four days.

Roger had the following message to share as a warning to anyone who assumes that they’ll be fine just because they’re not elderly or in poor health:

“There are a lot of friends that I talked to who thought I wouldn’t get it because I was healthy, young. A lot of people are dying. A friend of a friend in Italy was a marathon runner, was 35 years old and died. My teacher’s girlfriend’s cousin is 30 years old and is hospitalized. And there are thousands that we don’t know about. It is necessary to raise awareness. The disease really affects the most fragile, the oldest, but also other people. You cannot neglect it. It’s not a joke.”