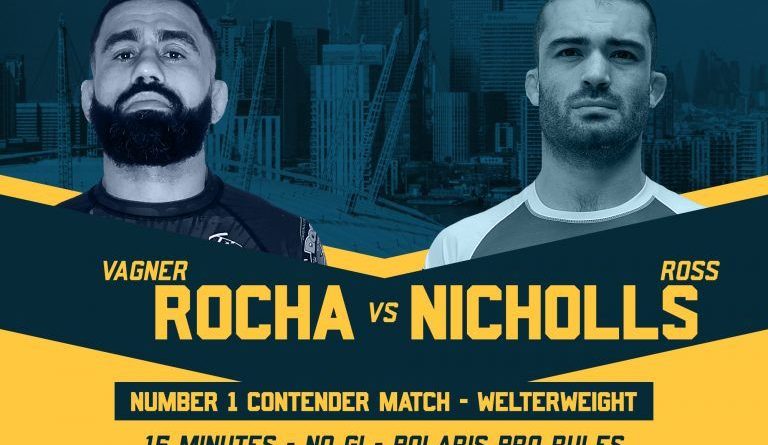 Things are shaping up nicely for Polaris 9.

In addition to a title fight between Gezary Matuda and Ffion Davies, Polaris have just announced that Ross Nicholls will be facing off with Vagner Rocha in a welterweight title eliminator.

Nicholls is coming in hot after an astonishing 2018, which included exceptional victories over Gianni Grippo and Nathan Orchard. Nicholls was originally scheduled to fight for the belt at Polaris 8, but pulled out due to an unfortunate injury.

Vagner Rocha is one of the most feared men in grappling today. Rocha sets a frenetic pace in every match and is in constant pursuit of a finish. Vagner recently appeared on Polaris 8, where he submitted former UFC champion Benson Henderson.

With Nicholls’ prep for ADCC 2019 just beginning, a battle against a recent ADCC medalist will be a great test to see where his level is at.

Polaris 9 goes down on March 15th live at The Indigo at the O2 in London, England.