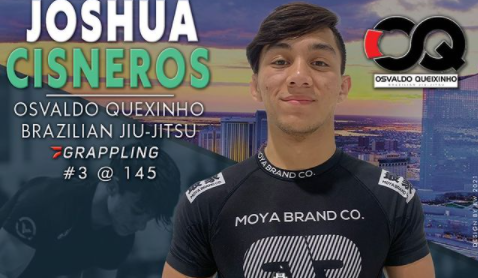 On August 7th, Atlantic City will play host to the second Emerald City Invitational submission-only tournament with $10,000 on the line. The promotion held its first tournament in April of this year and featured top 170-pound grapplers; this event will showcase 145-pounders. A handful of competitors have already been announced for the tournament: Josh Cisneros, Jon Calestine, and Richard Alarcon.

Josh Cisneros is one of the best competitors in the world at this weight class. A 2020 Pans champion and 2021 no-gi Pans silver medalist, he is an exciting grappler with wins over Paulo Miyao, Lucas Pinheiro, and Isaac Doederlein. Jon Calestine is a leg lock specialist and EBI champion who excels in submission-only rulesets like the Emerald City Invitational. Finally, Richard Alarcon, a former Division 1 wrestler, holds a win over Calestine, as well as other top competitors Gianni Grippo, Junny Ocasio, and Ashley Williams.

How to watch: The Emerald City Invitational takes place on Saturday, August 7 and will air live on FloGrappling (subscription required).