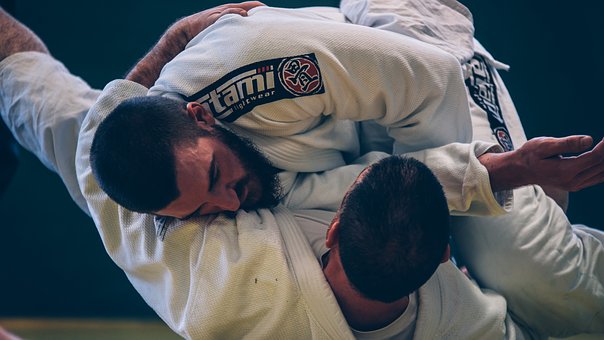 It can often be frustrating: you feel like you are killing it in sparring but you can’t seem to translate this success to the competition mats. So how can you prepare for competition to maximise your performance? Here are 3 potential factors you can focus on:

Having a perfected competition game is vitally important in order to maximise your performance.

If you make the first move at the beginning of the fight this is likely to mean you get into dominant positions where you are stronger than your opponent. This would seem to be backed up by the data: a 2018 study of the Pans ams found that the first point scorer won 65 out of 73 black belt adult matches, and even opening with just an advantage improved the likelihood of victory by 73% at the 2018 Pans. This victory ratio was even a staggering 96% to whoever scored the first advantage at the UAEJJF Grand Slam London 2017.

So statistically it is clearly important to score the first points. So how can you improve your chances of this: the answer could be the perfect game plan. If this allows you to take your opponent somewhere where you have more knowledge than them, this should give you the ability to score those vital points. Take Keenan Cornelius: he developed his worm guard game in order to fend of JT Torres’ passing when he was a purple belt in 2011-12, and only realised its power when he started having success with it after his 2013 move to Atos. He kept it a secret until black belt, before unleashing it in 2014, with success in the Pan Ams and worlds using this novel system.

Whilst the average fighter is unlikely to be able to develop their own unique lapel game, you can see the underlying theme of this story: taking the opponent into completely unfamiliar territory, or the positions in which you are the best, will increase your chances of victory. This is a sentiment shared by Bernardo Faria, who said in an interview with Stephan Kesting that when gets someone in his half guard he knows that he has “spent more time [there] than his opponent”, and is “probably going to get the sweep”. So, you should work out your game plan with this idea in mind.

It is often tempting to change your training massively before a competition, increasing conditioning and intensity and duration of sparring. But is this necessarily the best idea?

It has been shown in studies, such as one done on Elite Australian football players, that suggests that increasing workload does significantly increase the likelihood of injuries in these athletes. So, maybe it isn’t the best idea for all Jiu Jitsu fighters to be ramping up the training. For more information on this I recommend checking out Lachlan Giles on Dan Strauss’s Rasperry Ape Podcast. This would suggest that just massively increasing your workload isn’t the best thing for your health in the run up to competition.

Your mental state on the day of the competition is something that many competitors worry about, and last minute doubts are certainly something that can hamper your performance. There are a multitude of ways to deal with these issues, but an interesting one recommended by Alan Whitton, a performance coach, who recommends creating an “oracle”: a perfect version of yourself that you can turn to and use to calm your doubts about a situation. Check out the full video here.

But the day of the competition is certainly not the only mental factor affecting your performance. Bernardo Faria talks in a video for BJJ fanatics about the importance of your mental health when training on the mat. Even from yellow belt, Faria would try to choose the best people on the mat to roll with and would roll only when he was tired and his opponents were fresh. This means that even though Faria was constantly beat up in the gym, he says that “long term, that’s going to make me really tough mentally, and on the techniques as well.” This is a part of his philosophy of working hard, even though in his own words on the Grapplearts podcast he is “not talented at all in Jiu Jitsu”, despite being a 5 time BJJ world champion.

Preparing for competition is a difficult and complicated task that can often seem daunting and ultimately frustrating if you find yourself unable to perform in competition. Hopefully this article has provided come insight into some methods that you can use in order to maximise your competition success