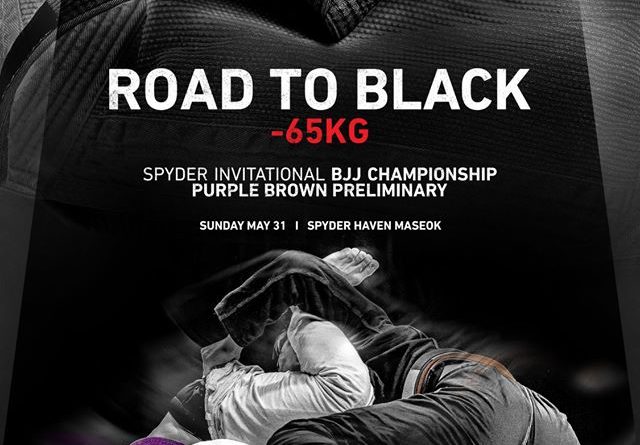 The Spyder Invitational BJJ Championship is really starting to make waves outside of their home in South Korea and after an excellent 2019, they’re now putting on a new version of their existing format called The Road To Black, because it will exclusively feature purple and brown belt competitors. The competition is now open for applicants and will see eight of the world’s best purple and brown belts under 65kg will competeunder IBJJF rules for the right to be crowned champion on May 31st.

The Spyder Invitational put on two superb events last year, the first of which in March saw American grappler Tim Spriggs storm to victory in the -100kg category, while Marcelo Garcia brown belt Matheus Lutes got an upset victory in the -76kg category. With a lengthy break between events, the promotion put on a similar event in the latter half of the year with the same weight brackets, but this time managing to attract an even higher calibre of athlete by offering a total of $250,000 in prize money, with both tournament winners netting a cool $100,000.

November’s event really put The Spyder Invitational on the map as it featured Kaynan Duarte squeezing past the likes of Nicholas Meragali, Leandro Lo and Rodolfo Vieira in the -100kg bracket while Australian phenom, Levi Jones-Leary got the hard-earned victory in the -76kg category. While Road To Black will not feature the big names that last year’s events gave us, it’s entirely possible we see one or more of the Ruotolo twins entering, or any number of the young and hungry prodigies from across the world seeing as the promotion is still offering $5,000 in prize money which is absolutely huge for a colored belt tournament.

The deadline for applications is April 27th with the brackets set to be released on May 4th. For any interested grapplers, the link to apply is below:

For any purple or brown belts who weigh under 65kg and are interested in competing at The Spyder Invitational: The Road To Black, click here to apply now.