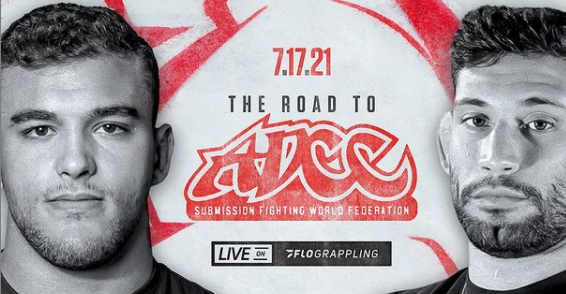 A blockbuster submission grappling event has been announced for July 17, and the line-up features many of the top competitors in the world. The main event will be a match-up between two 2019 ADCC gold medalists, as heavyweight champion Kaynan Duarte will square off with middleweight champion Matheus Diniz. The rest of the card is stacked with elite competitors, including Craig Jones vs. Lucas “Hulk” Barbosa, Nicky Ryan vs. Dante Leon, and more.

View the current event line-up below.

The main event between Duarte and Diniz is an unexpected match-up, but already one of the best matches made this year. Duarte has looked on point lately, breezing his way through the Third Coast Grappling absolute grand prix earlier this year, as well as a rear-naked choke victory over the legend Rodolfo Vieira late last year. Diniz has competed sparingly since 2019, a stretch that included a submission loss to Gordon Ryan.

The rest of the card will have plenty of interesting matches. The co-main event will keep the Danaher Death Squad and Atos rivalry alive, as ADCC silver medalist Craig Jones will meet ADCC bronze medalist Lucas “Hulk” Barbosa. Nicky Ryan, undefeated in competition so far this year, will square off with 2019 IBJJF no-gi world champion Dante Leon.

Lower still on the card, Mikey Musumeci will continue his run through the no-gi competition scene, as he’ll move up in weight and level of competition to take on veteran 10th Planet competitor Geo Martinez. Both men are coming off hard-fought decision victories over Junny Ocasio in what could be a match for the consensus best lighter-weight no-gi grappler in the world.

How to watch: The Road to ADCC will take place on July 17 and will air exclusively on FloGrappling (subscription required).