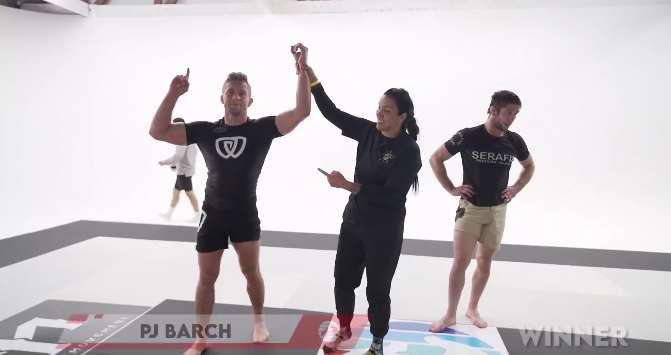 On Saturday, July 23, Submission Only Series returned to action with a 16-man welterweight grand prix featuring some of grappling’s top competitors. Recent ADCC invitee PJ Barch put on an impressive performance as he submitted each of his four opponents to win the grand prix and a $5,000 cash prize.

In the semifinals, Barch showed off his high-level wrestling against another skilled wrestler in Combs. Barch was able to win most of the hand fighting in the standing position before using a perfect armdrag to bring Combs to the mat, where he took Combs’ back and secured a face crank submission with just under three minutes remaining in the match.

And in the final, Barch faced another talented wrestler in Wojcik. Again, though, Barch was able to control the action on the feet, forcing Wojcik to play from his back. For nearly the entire match, Wojcik looked to enter into Barch’s legs, but Barch shut down most attacks before they ever started. With just 10 seconds remaining in regulation, Barch jumped onto a heel hook of his own to get the quick tap.

A 10th Planet black belt, Barch has enjoyed a successful 2022 thus far. After a third-place finish at the ADCC West Coast Trials and a decision victory over Dante Leon at Grapplefest 12, Barch received an invite to the 2022 ADCC World Championships.