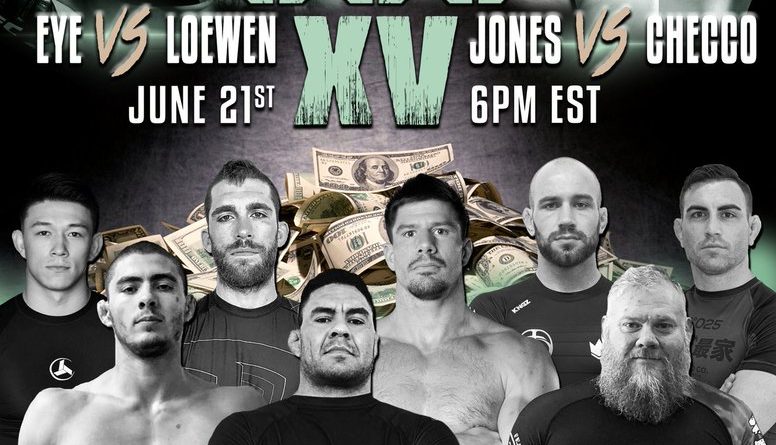 Chael Sonnen’s Submission Underground 15 finished off the first truly packed weekend of professional grappling in months with the first results coming in for Fight 2 Win 144 as Lucas “Hulk” Barbosa defeated Rafael Lovato Jr. It was only twenty four hours later when Third Coast Grappling Kumite 2 took place in the same state and saw Victor Hugo surprise absolutely nobody when he took the tournament by storm, beating Fellipe Andrew in the finals for the second time in less than a fortnight. Submission Underground 15 also featured a tournament-style event which starred eight of the best grapplers available from all across the USA fighting for a $10,000 prize and a shot at Craig Jones on the next SUG event..

The promotion’s use of the EBI ruleset meant that we saw finishes in every single match, although it’s worth noting that only two of these came within the regulation time limit. Roberto Jimenez started off as the pre-event favorite and seemed to be living up to the hype when he earned the only finish in regulation time of the first round against Nathan Orchard, securing the tap via Triangle Choke. Jimenez then repeated another quick Triangle Choke victory in the semi-finals against Hunter Colvin, while Mason Fowler quietly worked his way past Warren Brooks and Kody Steele in Overtime. When the two met in the final, it would go Fowler’s way as he managed to force the match into overtime again, where he seemed to hold the tactical advantage over Jimenez, earning the victory by fastest submission.

In the main event, Craig Jones showed exactly why he’s the posterboy for Submission Underground as he took his promotional record to a stunning 10-0 by making easy work of MMA fighter Gabriel Checco and submitting him in Overtime to maintain his unbeaten record. This sets up a fantastic rematch for the next SUG event where will Craig Jones will face off against the tournament winner, Mason Fowler, who he beat relatively quickly via Heel Hook back at ADCC 2019.

The full event was streamed live on UFC FightPass and to watch the full replay, click here.