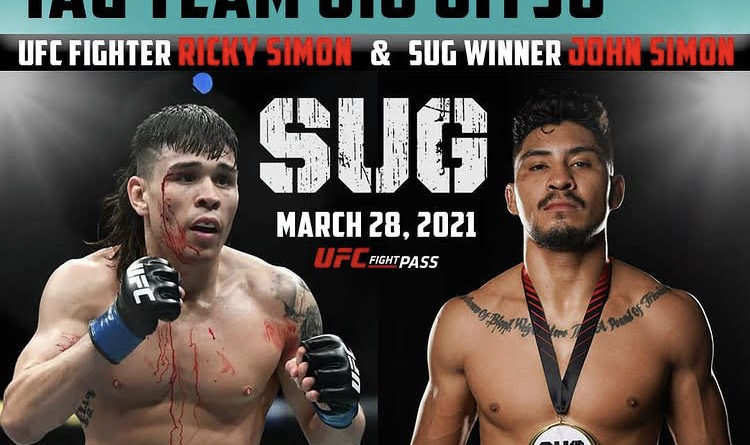 One of the most creative concepts in competitive grappling is back. Chael Sonnen’s Submission Underground has announced that tag team jiu-jitsu will return on March 28, 2021. The team of of Ricky and John Simon is the first pair announced for the event.

For those unfamiliar with the concept, tag team jiu-jitsu is exactly what you think it is. Two teams of two grapplers enter the Submission Underground cage; two competitors grapple at a time, but are permitted to “tag in” their teammate at any time they can reach said teammate. The concept leads to some wildly interesting exchanges as the grapplers tag each other in in a pro wrestling-esque format.

Ricky Simon is a current UFC bantamweight and is fresh off his decision victory over Brian Kelleher at UFC 258. His brother, John Simon, is also a professional MMA fighter. John is a two-time Submission Underground veteran and has a 1-1 record with the promotion.