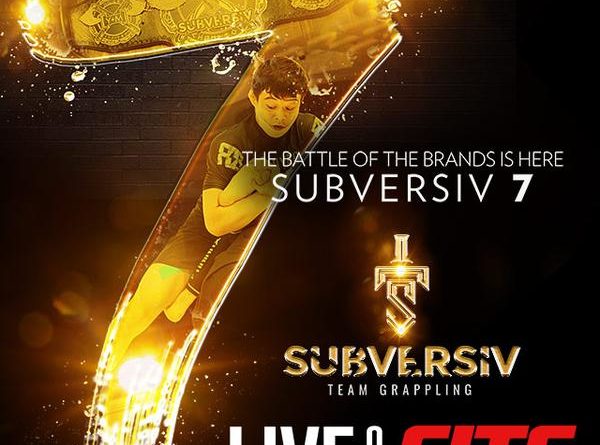 In an aim to spread jiu jitsu to more women and those in the cannabis community, Subversiv have teamed up with Kelly Dooley, who is the first woman to join the Subversiv Grappling Tournaments Advisory Board.

As the sport continues to grow and develop, more women are taking an interest in the male dominated sport of grappling, and having more women in higher places is definitely a big part to play in that. Dooley is Founder & CEO of marketing brand, Luxe Branding Haus, alongside this Dooley is also a big personality in California’s ever-growing cannabis industry.

Subversiv is an incredibly pro-cannabis athletic event, and like to bring that message across so having Dooley on board will definitely help them project that message on June 11th 2022. On that date there will be over 30 grapplers from top teams all around the world fighting in a bid to win the highest payout ever in the history of team grappling, with lucrative cash prizes, sponsorship opportunities and prestige that comes with the win.

The competition will be held in two male weight categories and one female weight category and streamed live on FITE TV with three eight man tournaments, 20 super fights as well as teams, and for the first time ever, FITE TV will be running cannabis advertisements.

“Kelly is known to be one of the most prolific figures in cannabis in California. She’s the Queen industry-wide. Her ability to develop relationships, community, and deliver is a huge factor in why we selected her to be on our advisory board. Her reputation and consistency are not common in this sector and by definition is a unicorn,” said the executive team at Subversiv. “Our event is a crown jewel in jiu-jitsu and for the growing cross-collaboration of cannabis into mainstream, having the right team to make sure the rudders stay straight is imperative to the movement. In our effort to expand our brand appeal to women, both in athletics and cannabis, she is a perfect choice.”

The top two teams at the end of the individual tournament will face off for the
Subversiv 3 vs 3 Team Championship for $9,000

Fight To Win Rules All Slams and Subs are legal 6 min matches
At end of 6 minutes if No Sub Ref Decision (Best of 3)
If unanimous decision match is over, if split decision goes to over time

Over time 2 min Fighter with most ref votes picks
Top (open, half, closed) , Bottom (open, half, Closed) or Neutral
If no overtime sub then ref decision (Best of 3)