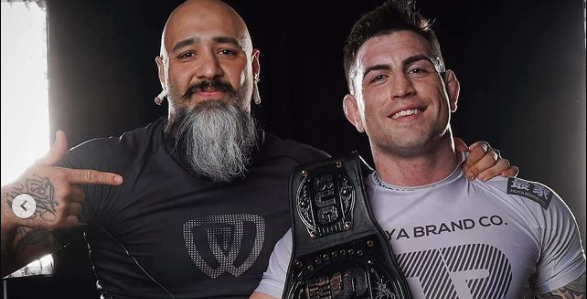 With the exception of the night’s tag team jiu-jitsu, all matches were conducted under EBI rules with a five-minute regulation period.

Fowler grappled with uncharacteristic urgency during the five minutes of regulation submission-only action. After Martinez sat to open guard, Fowler worked patient but aggressive guard passes, eventually achieving a dominant position on Martinez. Fowler quickly threatened with a kimura that he transitioned to a straight armbar. The tap came with less than 20 seconds left in regulation as Fowler fully extended Martinez’s arm.

In the co-main event, UFC flyweight Roxanne Modafferi showed a solid top game and guard passing ability during five minutes of regulation, but ultimately succumbed to an armbar against SUG women’s champ Amanda Loewen in overtime. For Loewen, this was more of the same; she’s 7-0 in SUG action and has defeated five UFC veterans.

Here are the full SUG 21 results.