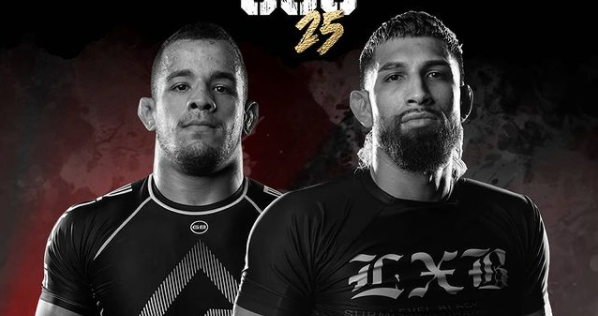 Below is the full SUG 25 line-up, as well as betting odds courtesy of BetDSI.

A top Gracie Barra representative, Marinho impressed in his first SUG performance with a pair of submission wins over Andrew Sidelinger and Roberto Jimenez, respectively. He is an all-action, aggressive grappler with an excellent guillotine and, as he showed in his SUG debut, an ever-improving leg lock game. Andy Varela is a 10th Planet standout and an eight-match SUG veteran. In April, he lost his SUG title bout against Mason Fowler, but bounced back in May with a win over Rafael Domingos.

Najmi is a black belt under Romulo Barral and one of the most entertaining grapplers in jiu-jitsu. Known for his flying submissions, he hasn’t competed since losing a decision to Kody Steele in 2020. Kennedy is a veteran of 20 professional MMA fights across the UFC, PFL, and Bellator; this is his first major grappling competition. In MMA, Kennedy is a well-rounded fighter but tends to rely on his wrestling and grappling, so he may have the skills to frustrate the much more accomplished Najmi.