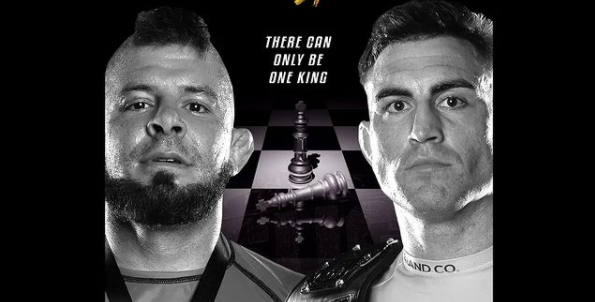 View the full SUG 27 line-up below.

A brown belt representing Caio Terra Academy, Mason Fowler captured the SUG title in 2020 when he defeated Craig Jones, and hasn’t looked back since. Fowler has successfully defended his title seven times, defeating the likes of Jones (again), Vinny Magalhaes, and Richie Martinez during that span. He is coming off a win over Giancarlo Bodoni at the Who’s Number One Championships — a tournament he was forced out of due to injury.

Gabriel Checco is a 16-fight pro MMA veteran and a frequent SUG competitor. He is a BJJ black belt and is currently riding a two-match SUG win streak with wins over Philip Rowe and Danilo Marques. Checco is filling in for an injured Kyle Boehm, who was originally slated to face Fowler after winning a one-night SUG tournament.

The co-main event will feature 10th Planet standout Andy Varela as he continues his quest to once again challenge for the SUG title. Since his loss to Fowler at SUG 22, Varela has wins over Rafael Domingos and Kevin Casey, sandwiched around a submission loss to Pedro Marinho. Varela steps in on short notice to replace Carlos Condit, and he will face SUG newcomer Ian Butler.

How to watch: SUG 27 takes place on Sunday, October 10, and will air live on UFC Fightpass (subscription required) at 6 PM EST.