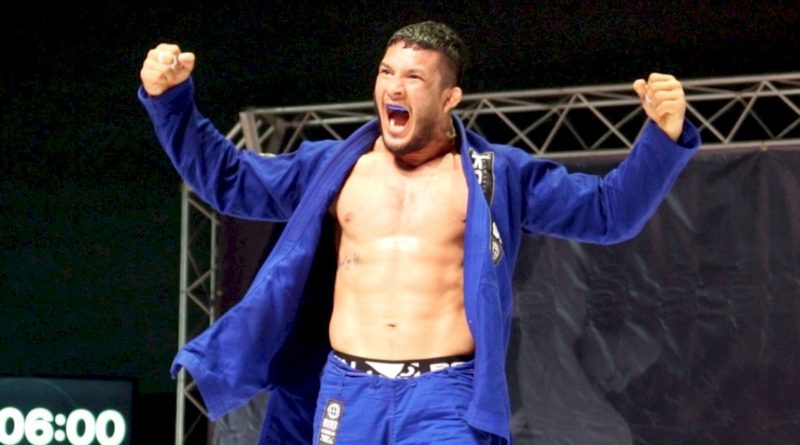 If you think you read the headline incorrectly, well, think again. The Matburn podcast released an episode Nov. 11 where hosts Keenan Cornelius and Josh Hinger said that Lucas ‘Hulk’ Barbosa will make the transition to MMA.

If you’re not familiar with the Matburn podcast, you’re missing out. The show features Cornelius and Hinger covering a plethora of BJJ content. The content is sometimes all over the place, but it’s a must for any BJJ enthusiast. They’ve discussed their matches and breakdowns, BJJ problems, the BJJ career paths they’ve taken and social media problems, among other topics. They also veer from BJJ regularly, discussing things like futuristic cars and Elon Musk’s Neuralink.

How it came about

On the Nov. 11 show where they bounced from topic to topic on Cornelius’ YouTube page, they discussed Neuralink and Teslas, the use of Turo to make some extra money, stupid questions in seminars and at the 1:16:36 mark, Cornelius mentioned that ‘Hulk’ Barbosa appears in his new Jiu Jitsu instructional site, Jiu Jitsu X. Hinger interrupted and mentioned that Barbosa didn’t do the podcast because he was busy doing pad work for MMA.

He used the words “inevitable MMA debut.” So Cornelius immediately asked if he was going to do MMA. Hinger simply answered: “He’s going to do MMA.” Cornelius pointed out that Barbosa would make a good MMA fighter and Hinger agreed. Barbosa trained extensively with Israel Adesanya (UFC’s Middleweight champion) recently, so it’s all making sense.

Barbosa’s chances as an MMA fighter

When I heard that, I was stoked. Barbosa isn’t only a world-class athlete, but he’s also what most will consider a great MMA candidate. He has the attributes of top-level MMA fighters, mainly a strong top game, explosive takedowns and zero to a hundred type submissions. Submissions like we saw him pull off against Rafael Lovato Jr. at F2W 144.

I have no doubt that he will make an amazing MMA fighter if he takes that route. His takedown game is relentless and I don’t know many MMA fighters who could withstand his positional pressure from top. But there’s one thing that isn’t mentioned in the podcast that I think makes him even more of a force to be reckoned with — his aggressiveness and world champion mindset.

Nobody can deny that Barbosa would maul most MMA fighters in a grappling match. We just have to wait and see how his striking skills match up with his high-level takedowns and BJJ. It’s interesting to note that a lot of his training partners have tested the waters with MMA. Hinger, Andre Galvao and Pablo Mantovani have all fought professionally.

We’ll wait for the official announcement, but having such a good representative in MMA would be a positive for BJJ and bring with it some notoriety. Let’s hope Barbosa does well and showcases his amazing skills. But let’s also hope he continues to compete in our sport. We’d be at a loss if he left.

Let us know what you think about this move to MMA on social media. We want to know your opinion about this powerhouse going the MMA route.