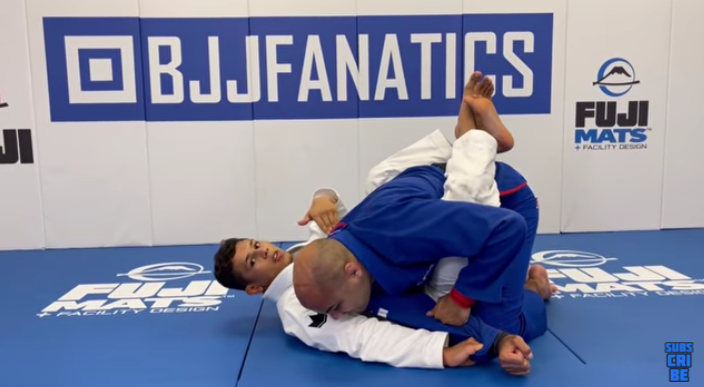 Seventeen-year old Mica Galvao has one of the brightest futures in all of jiu-jitsu. Barely old enough to drive a car and still in his first year as a black belt, Galvao has made his mark on the competitive scene this year with victories over elite opponents like Oliver Taza, Tainan Dalpra, and Pedro Marinho. In a recent video with Bernardo Faria, Galvao details one of his favorite techniques — a classic back-take from closed guard.

As simple as this technique may seem, Galvao points out several important details. First, when attacking from the closed guard, Galvao doesn’t get grips an wait. Instead, the moment he has grips he attacks with his technique immediately.

Galvao also emphasizes the importance of using his legs in conjunction with his arms to not only break his opponent’s poster, but also keep his posture down so that he can secure the back position.

“If I just use my arms, it’s gonna be really hard because it’s gonna be his body against my arms. So when you get to the closed guard, I really like to use my knees together,” he said.

Mica Galvao is coming off a strong, second-place showing at the WNO Championships. He defeated William Tackett and Jacob Couch before dropping a decision to Tye Ruotolo in the finals.