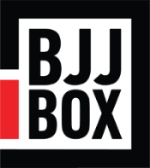 What Is the BJJ Box?

The BJJ Box is a monthly subscription for Jiu Jitsu lovers that are seeking some BJJ related goodies. The boxes can be ordered as a one off, or you can continue the subscription monthly, or pay for a whole year’s worth and forget about payments for the next 12 months! The BJJ box is also tailored to your gender and rank, to make it that extra bit more personalized to you. There’s a variety of boxes to choose from; the classic box, VIP box, and ‘just the t-shirt’ which are monthly subscriptions, and ‘the crate’ and rashguard box which are significantly larger – are sent out and paid for quarterly instead of monthly. And in case you’re wondering, yes – they ship internationally.

To decide what box is best for you, go on their website, select your sizes, select which gender box you’d like to receive and what belt rank you are for customized goodies! Depending on your budget/ how much you’re willing to spend, depends on what box you can get – but there’s pretty much a selection for everyone – all price ranges.

The BJJ Box is run by Tony Silverman from Pennsylvania. Tony recently took full ownership of the BJJ Box at the end of summer 2020, since having been involved with the box for the past few years, and still keeps in contact with the previous owner who’s now moved on to work in California real estate. Of course the BJJ Box has to be run by a Jiu Jitsu fanatic, and brown belt Tony Silverman is – he loves it – just like the rest of us. Which makes the BJJ box that little bit more special as you know so much thought, passion, and consideration has gone into the surprises. For example, things like finger tape and soap are items that customers view as BJJ ‘essentials’ so they’ll try and throw them in the box, quite regularly but not too regularly.

Silverman explains, “I keep a list of what I’ve put in previously. I’ve been listening to some of my subscribers who are willing to give their feedback. There’s some things people want to regularly see in the box; that’s finger tape, that’s some type of soap – so with the venders we’ve been working with, regularly every 2-3 months we’ll put in a soap or finger tape in there. Like the next box is going to be finger tape and we did it about three months ago. So some of the items are consistent to keep with the BJJ lifestyle and what people want to see with Brazilian Jiu Jitsu. Some other items can be kind of what’s the word i’m looking for? Like related to Brazilian Jiu Jitsu but also a little unique.”

Amongst the predictable items in the box, are some unpredictable ones that you wouldn’t necessarily relate to BJJ – but it works. For example, Silverman continues, “I’m working with a guy right now who’s actually bringing me up some stuff, it’s going to be pretty cool. Instead of like an ice pack that you would put on your arm, these are two individual ice packs that you put in the freezer for your fingers, and then you put them on your fingers. They’re ice packs for your fingers and it’s kind of cool right? I’ve never even heard of it.”

Although finger ice packs aren’t directly linked to BJJ – I’m positive they’ll come in use at some point – especially for those that love to fight in the Gi – cool those grip fingers down.

What Brands Do the BJJ Box Work With?

The BJJ box has worked with a huge variety of brands, big and small, and continues to do so. Some of the bigger brands they’ve worked with are Fuji, Holdfast, and HyperFly for example. However, besides the big brands, small brands are also collaborative with the BJJ box, including brands that you wouldn’t necessarily directly relate to BJJ (like the finger ice packs).

“Ever heard of Grappling Central Podcast? We sponsor them and the guy that runs the podcast owns a brand called ‘Humble’ so we might be looking to work with another brand to get their name out there, and we might be doing something with them in the next couple of months. So we do a lot of stuff with big named brands, even some medium brands like Gold BJJ.”

What’s the Best Box to Pick?

When starting anything new, when you have a choice – you want to make the right one. So, what’s the best box to pick?

“The most popular one is our monthly VIP box. That’s where there are the majority of subscribers. The one below that is the classic box. A lot of people get the classic and then sometimes they get confused like “I thought I had the VIP!” because everybody wants the VIP box as you get an extra item in there, so they usually upgrade to VIP. That’s our most popular for sure.”

Although there’s only a $10 price difference, the VIP box includes an extra item on the Classic Box and customers often find that the $10 difference is definitely worth it.

“The difference between the VIP and the Classic Box is you get an extra item in the VIP box and it could be a really cool item like this month for instance – the VIP item is going to be spats.”

However the extra item in the VIP box won’t always be spats…“I can’t put spats in the box as a VIP item every month so for the most part I would like to say that 90% of the time it’s something really cool like something really good, I mean 100% of the time it’s always really good but I can see where some people would be like “alright… I don’t know…” – because that’s just people, right?” But regardless, the extra item will be a good one.

“I can’t satisfy everybody 100% of the time, but I think we do a pretty good job. I mean that’s our most popular item and we do have some really cool stuff. Again, there’s going to be spats in this months so there’s some really cool items in the VIP. It’s just that one extra item right? That’s the difference. But it’s a really cool extra item. “

With a subscription box it’s a chance to test different things, if you were on the fence about buying something and it comes in the box – once used, you can decide if you want to buy it in the future or not and vice versa – something might arrive in the box that you’d never think of buying and end up using – buying more in future. It’s a great way to figure out what you like and don’t like, and what items work for you.

So how did I find out about the BJJ Box? I saw American BJJ black belt professor and competitor Vanessa Waltz doing some promo for them on her Instagram, so I went on their page, thought they looked cool and wanted to get in touch. Social media is the prime marketing tool in this day and age and proof is in the pudding – it works – its reach is far and wide. The BJJ Box is looking to get more involved with tough BJJ competitors, in particular female fighters to help get their name out there more and help defeat the patriarchy of this male dominated sport.

Silverman states why he wants to get elite female BJJ practitioners more involved, “I feel like you guys deserve more credit. So I wanted to bring more awareness to female practitioners in Brazilian Jiu Jitsu, so that’s why I got Vanessa (Waltz), that’s why I got Jessica (Swanson). I think they can help get the BJJ Box out there, and we can help get them out there as well.”

When targeting female competitors to be ambassadors for the business he states, “My thinking is why wouldn’t I? It’s funny because this is something that I love. I love doing it (BJJ Box). Of course I want to make money on it and profit off it because that’s how I stay in business, but at the same time for me when I was thinking about that it wasn’t about the money or whatever – it just felt right to do something like that.”

To explain his point he highlights the Gabi Garcia vs Claudia Do Val fight and goes on to state just how fierce female competitors are, “I’ve seen you guys compete, you go at it – it’s not an easy match. One of the matches.. You know Gabi [Garcia] right? She won the fight. She won the match, but it wasn’t an easy match and I was like… just the courage to take the match was phenomenal and then it started dawning on me that gosh we’ve got to promote this, we’ve got to start getting female practitioners – you guys are no joke – like things have changed. So it just makes sense for the BJJ box to start getting involved with female practitioners and try and promote you guys, right? And to bring more awareness to your abilities.”

The Future of the BJJ Box

Where does Tony envision the BJJ Box in the future? What are their goals? Just what is the future of the BJJ Box? Tony states, “I want to grow this business to be something amazing, I want people to hear about us. You didn’t even hear about us until you saw Vanessa’s post right? I want it to be when you talk about Brazliian Jiu Jitsu, you talk about “I’m subscribed to the BJJ box” and we sponsor top female and top male athletes, right? I want it to be a really huge company that people know about and that we’ll be very well known in the BJJ community. That’s what I want. That’s where I want to get to. I want to grow. I have goals. I want our subscribers to go from X to X to X and so forth up the ladder. And I want us to be able to work with, not even work with, I want other companies to want to work with us. “

But the business becoming a growing success isn’t Tony’s only ambition, he continues, “There’s ambition and goals to be a pillar in the BJJ community, but I also want to give back. I will help athletes because a lot of BJJ practitioners that are major athletes, all they do is fight and they don’t have a job where they’re making $100k a year or whatever, so I want to be able to give back somehow and help them out. And one of the other things I want to do is work with an organisation that works with anti-bullying because I think Brazilian Jiu Jitsu is so right for that.”

Besides the philanthropic work, the main goal is to just get their name out there. “That’s my ultimate goal – “yes I’ve heard of the BJJ box”. That’s my goal. When I say Fuji, or Hyperfly, if you practice BJJ, everybody’s heard of these names. I want the BJJ Box to be in there with that mix.”