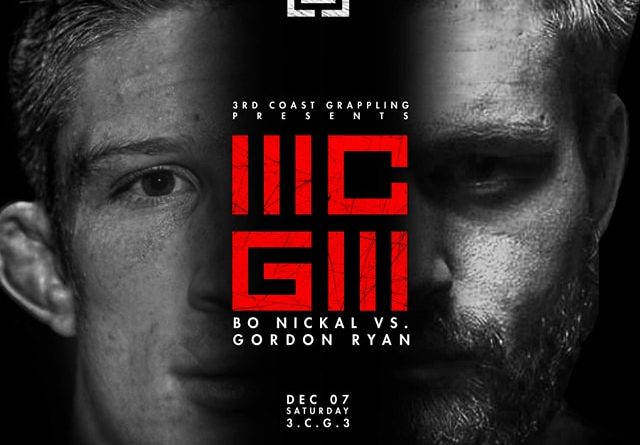 Third Coast Grappling 3 came to Texas in style with a star-studded main event appealing to fans of both wrestling and BJJ. Along the way, they also announced a similar main event for their fourth event next year in Nick Rodriguez v Pat Downey.

The main event went off without a hitch and showed pretty much exactly what we all thought it would: If submissions are a method of victory then it’s highly unlikely a pure wrestler wins against the BJJ athlete. Nickal didn’t embarass himself whatsoever though, he spent 12 minutes sticking to a solid gameplan and avoiding engaging with Ryan and leaving himself open to attack.

He even scored a high-amplitude suplex that put Ryan on the mat, but this would be his undoing in the end as it wasn’t long before Ryan locked up a tight triangle choke, adjusting to hit the armbar from there to get the tap. Nickal showed that his skills do translate, even with minimal training. He’s a fantastic wrestler with a bright future ahead of him as he eventually makes the transition to MMA.

Elsewhere on the card, Romulo Barral breezed past Jake Shields in a convincing decision win and Edwin Najmi overcame a 30-pound weight difference to beat Ben Leny by by D’arce Choke in a slick finish.