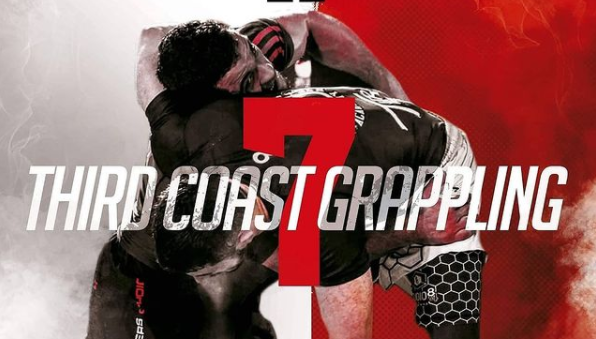 Third Coast Grappling will return with its seventh event on June 19, 2021, with an eight-man middleweight tournament and a $15,000 purse going to the tournament winner. The promotion has announced a handful of competitors, and the field is already looking stacked with some of the best no-gi jiu-jitsu competitors on the planet.

Here’s who we know is competing at Third Coast Grappling 7 so far.

Tye Ruotolo: Although he’s still a teenager, Tye Ruotolo might be the early tournament favorite. An Atos representative, Ruotolo is known for his aggressive guard passing and dangerous d’arce chokes. He holds impressive recent wins over Renato Canuto, Oliver Taza, and Nicky Ryan. Ruotolo is currently set to compete at Who’s Number One on April 30 against William Tackett.

Pedro Marinho: Pedro Marinho just received his black belt in March, but is already a veteran of elite submission grappling competitions. He is a strong wrestler with a powerful guillotine. Marinho last competed at Third Coast Grappling 6, dropping a hard-fought decision to Nick Rodriguez in the opening round of the absolute tournament.

Gustavo Batista: Gustavo Batista is one of the current field’s most accomplished competitors, although he is most known for his work in the gi. Another Atos representative, Batista holds wins over Gabriel Arges, Roberto Jimenez, and an impressive submission of heavyweight Max Gimenis.

How to watch: Third Coast Grappling 7 takes place on June 19, 2021, and will air live and exclusively on Fite TV pay-per-view.