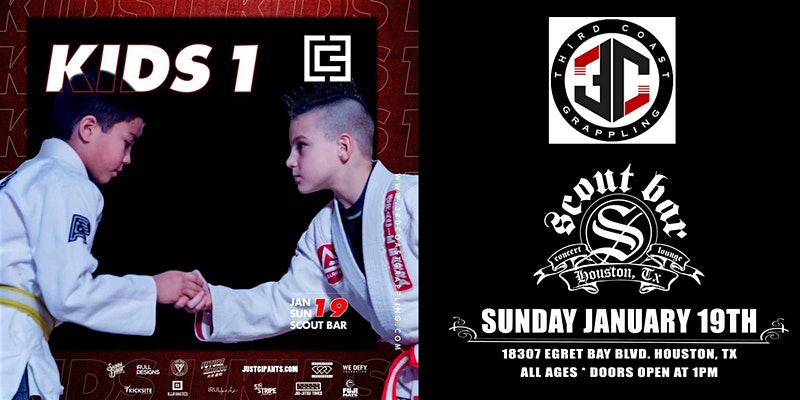 Third Coast Grappling (3CG) and it’s founder, Ryan McGuire, have had a stellar opening year in 2019. The year started with the promotion becoming the first major one to feature matchups of women and men competing against each other and finished the year creating unique rulesets to allow crossover matches between BJJ and Wrestling legends like Gordon Ryan v Bo Nickal.

They’ve shown no signs of slowing down, announcing at the end of the year another superb crossover match between Nick Rodriguez and Pat Downey set for March 14th, 2020. Before we get ahead of ourselves though, 3CG has another trick up their sleeve as they prepare for their inaugural children’s tournament on January 19th.

Further breaking the mould, 3CG has decided to provide an opportunity for the most important demographic to earn a BJJ Scholarship. The program will see the most dedicated children receiving somewhere between $10-15,000 contributed towards their college funds, something that’s notoriously expensive in North America.

The money will come firstly from a portion of the proceeds from 3CG children’s events, along with any donations that they receive as well. The kids themselves will have to qualify for one of two eight-person tournaments (male and female) not only through their BJJ skills but also through their academic efforts. The entrants will be whittled down to sixteen in total and they will then compete for the scholarship itself, with the prize money being divided between the male and female winners.

Ryan McGuire has already said that he intends for the event to be run annually, with different age groups eligible each year. The first event will see teenage competitors eligible for entry and he’s looking to book the event in December each year.

For tickets to the live children’s event in Houston, Texas on January 19th, click here.

Or, to apply to compete on future Third Coast Grappling events, click here.