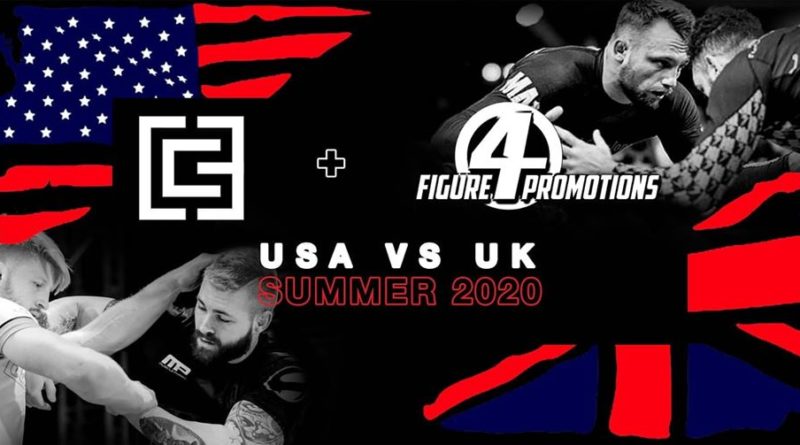 Third Coast Grappling are staging their first ever event in the UK as they’ve teamed up with the guys behind Grapplefest, Figure 4 Promotions. The event will be on May 23rd in Liverpool, England and will be a UK vs USA event as Third Coast Grappling athletes will take on the best that Britain can offer. This announcement comes just two months after 3CG’s third event featuring the debut of a hybrid ruleset tested by Gordon Ryan and 6 x NCAA Champion Bo Nickal.

Most recently however, Third Coast Grappling made waves by publicly announcing fighter that they’d agreed a five-fight, six-figure contract with Gordon Ryan. The first fight of this contract will take place at 3CG 4 which sees him take on Patrick Gaudio as Nicky Rodriguez has a hybrid-rules rematch with Pat Downey. It appears as though the second fight on this contract has now been booked as well, as Ryan McGuire, president of 3CG confirmed that he will be taking on Kyle Boehm, the 10th Planet black belt who won The BJJ Fanatics Invitational by beating Lucas “Hulk” Barbosa and Aaron “Tex” Johnson.

“A little breaking news on this beautiful Tuesday afternoon.

We have joined forces with the brains behind GrappleFest to bring a one of a kind spectacle to the UK. May 23rd, Liverpool England, 3CG invades the UK for a nationalistic throwdown pitting Third Coast athletes vs the UKs best.

Headlining the event will be none other than Gordon Ryan facing off against the 10th Planet standout Kyle Boehm in a no time limit sub only MAIN EVENT. This will be the first time these guys have competed in the UK and we are looking forward to helping further expand the UK grappling scene as well as exposing some of our great athletes to the international scene. Thank you to Chris Thompson for jumping in with both feet and committing to make this crazy concept a reality. Stay tuned for more details as the date draws closer. Cheers!

For tickets to the Third Coast Grappling 4 in Houston, Texas on March 14th, click here.