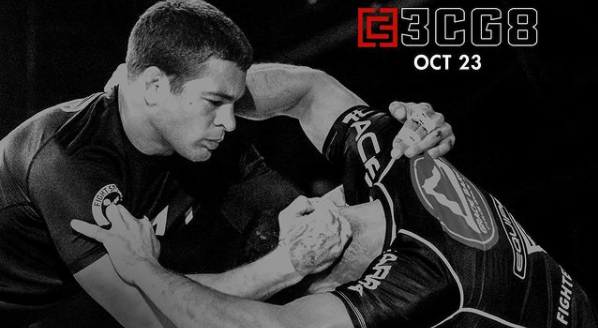 On October 23, Third Coast Grappling (3CG) will return to action with an eight-man grand prix. Six of those eight competitors have been announced for the event, including high-level wrestler Pat Downey, former UFC title challenger Gilbert Burns, no-gi world champion Renato Canuto, and other elite competitors. View the current grand prix line-up for 3CG: The Underdogs below.

Pat Downey was a 2015 national junior college champion in wrestling. During his college years, he attended both the University of Nebraska and Iowa State University for wrestling, but was removed from both teams for rules violations. After college, Downey continued his competitive career in freestyle wrestling, winning medals in 2019 at the Pan American games and the US Open. He competed in the 3CG 7 grand prix, losing by submission to Pedro Marinho in the first round.

Gilbert Burns was a 2010 IBJJF no-gi world champion, but he is likely better known for his MMA career. He holds a 20-4 professional record, and has been competing in the UFC since 2014. In February 2021, Burns unsuccessfully challenged Kamaru Usman for the UFC welterweight title. He bounced back in July with an impressive decision win over Stephen Thompson.

Renato Canuto is one of the sport’s most exciting competitors, known for his flying submissions and jumping guard passes. He is an ADCC veteran, a 2017 IBJJF no-gi world champion, and holds notable wins over Oliver Taza and Dante Leon.

How to watch: Third Coast Grappling: The Underdogs takes place on Saturday, October 23, and will air exclusively on Fite TV pay-per-view.