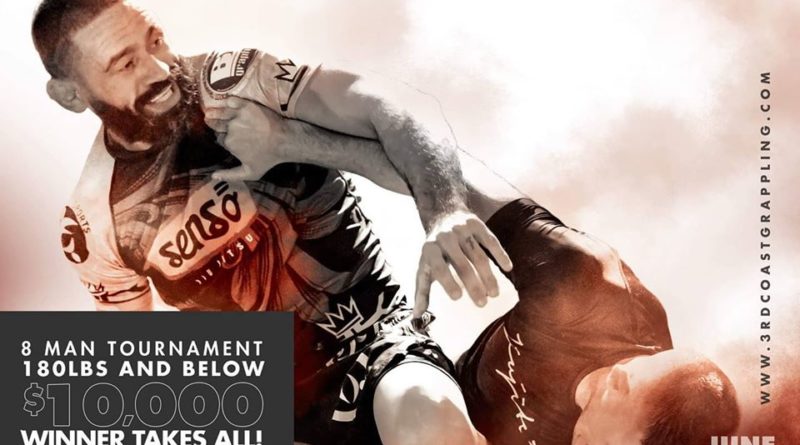 In the midst of the COVID-19 pandemic, Third Coast Grappling has continued to thrive and blossom as they come into their Kumite 3 event. They’ve promoted several high-end grappling events in a row. These Kumite events, modified to keep spectators and competitors safe from the virus, have provided very exciting matches with some of the most impressive competitors on the scene. Just like the previous Third Coast Grappling Kumite and Kumite 2, this weekend’s no-gi event is sure to have matches that’ll keep fans on the edge of their seats.

This match up in particular is one that has captured the attention of grappling fans worldwide. Jimenez is a veteran of previous Third Coast Grappling events. He’ll be looking for the win after losing to Gustavo Batista during the finals of Kumite 1. Both Jimenez and Ruotolo have been training since they were children and competing at the highest levels. Even though he’s only a purple belt, Ruotolo has shown that he can hold his own against the highest caliber black belts. It’s no doubt that the two’s aggressive, athletic styles will give us a match of intense scrambles.

John Combs, black belt under Amal Easton, will face Pierre-Olivier LeClerc, who is a trainer at the world famous Tristar Gym and a veteran of Kasai Pro.

Expect an intense battle as Vagner Rocha, the ADCC placer infamous for his violent, ruthless style, faces off against Kody Steele, the Brazilian Fight Factory black belt. Both of these competitors were previously EBI Combat Jiu Jitsu champions.

Pedro Marinho, known for his fierce guillotines, is no stranger to the Third Coast Grappling stage, having competed in several prior Third Coast events. He’ll face Johnny Tama, the first ever Ecuadorian black belt World Champion.

On this card, the competitors’ styles (and the fact that they’ll be competing no-gi) will make matches fast-paced and aggressive.