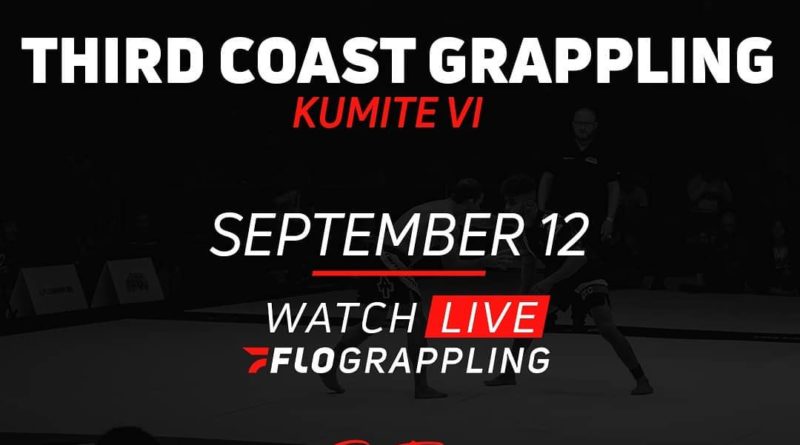 The penultimate iteration of Third Coast Grappling’s Kumite series is a sizzler. Victor Hugo, Lucas Barbosa, Fellipe Andrew, and Roberto Jimenez headline the eight-man absolute card with the gi. All eight competitors are 3CG veterans vying for another shot at winning $10,000. The promotion has established a pattern of learning from experience, making improvements from one event to the next. This time, they will be debuting a bigger mat (now 36 feet by 36 feet), instituting the push-out rule and having IBJJF senior referee Rico Bastos lead the 3CG referees. Read on for a breakdown of the first round matchups and a list of the superfights.

True to his name, Victor Hugo won the second 3CG Kumite. This time around, the Ribeiro Jiu-Jitsu black belt faces fellow no-gi world champion Lucas “Hulk” Barbosa. Hugo normally competes at super heavy, and ironically, Barbosa is the lighter of the two. He usually competes at medium heavy. Although neither of them shy away from competing at Absolute, this will be their first match against each other. Both well-rounded, Barbosa is more aggressive when it comes to takedowns and pressure-passing. He is also more experienced, competing at the top level at black belt since 2015.

Straight-shooting, straight ankle-locking Fellipe Andrew returns to the 3CG mats. He’s back on the Kumite card, this time versus Kumite freshman Arian de Melo. Both competitors won their superfights on the promoter’s most recent event. Andrew has switched teams recently, leaving Zenith to be one of the newest Alliance team members. De Melo is a brown belt, a 23-year-old Gracie Barra competitor since his preteens. He has moved from Brazil to Chandler, Ariz. to Webster, Texas where he trains with Lucas Valente and Andressa Cintra under the tutelage of the legendary Draculino. He is the wild card of this bracket, with a 5-0 record within the promotion.

Gustavo “Braguinha” Batista (ATOS) is the first 3CG Kumite champion and this will be his third go at the title and purse. The Worlds and Pans gold medalist will be facing Gabriel “Todd” Almeida, a Rising Stars BJJ (Checkmat’s scholarship program) alum. The latter has much to prove, racking up gold medals at lower belts and looked to break out at black belt last year, but the pandemic put a damper on his quest. This matchup makes an interesting clash of two hungry young wolves out to collect both prize and prestige.

Heavyweight Guilherme Augusto stepped in to replace Ricardo Evangelista who had to bow out due to a neck injury. Augusto is formidable in his own right, holding wins against notable grapplers such as Lucas Valente, Pedro Rocha, and Adam Wardzinski. Roberto Jimenez, the youngest in this card, is another Kumite champion who has won $20,000 from the series so far. The young talent from Ecuador trains out of his own school in Las Vegas under his father’s watchful eye. Another heavyweight, he comes off of a controversial call at the most recent Kumite where he faced fellow phenom Tye Ruotolo. Jimenez garnered a split decision that was later overturned after the organizers watched the footage. Expect Jimenez to be out with a vengeance, but this promises to be another battle of two hungry stars.