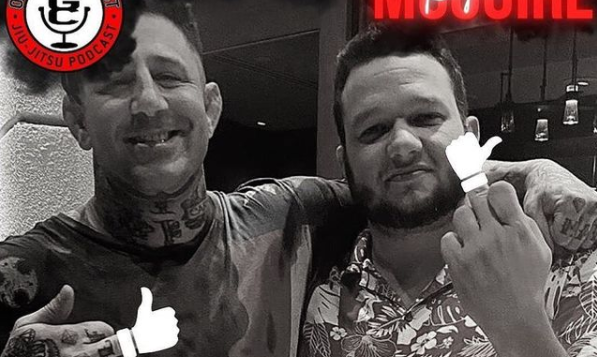 Although it’s still relatively new on the scene, Third Coast Grappling is a major player in competitive grappling. Its events regularly feature the top grapplers in the world competing in both superfights and tournaments. It’s most recent event, Third Coast Grappling 7, featured a stacked eight-man middleweight tournament that saw teenage phenom Mica Galvao submit three consecutive opponents to win gold. In a recent interview on the Open GuardCast, Third Coast Grappling’s President and founder Ryan McGuire spoke on a wide variety of topics, from the promotion’s relationship with FloGrappling, to McGuire’s relationship with Fight To Win’s Seth Daniels, to how to grow jiu-jitsu as a spectator sport, and much more.

Below are the highlights of that interview.

It was a very ugly time, and there was a lot of anger… It was a very stressful time. And Seth [Daniels], he told me himself, he felt threatened at the time by us. We were coming in, we were making all these waves with FloGrappling, they were giving us more coverage and doing all this stuff and kind of pushing him to the side. He’s not gonna get mad I’m saying this, it’s just the truth. We talked through it and there was some things that happened with Flo, where they were kind of trying to keep us apart. They didn’t want me and Seth becoming close or talking or sharing industry secrets. There was a lot of weird stuff going on at the time. It wasn’t something private that we were looking to leave at the end of this contract.

On gi vs. no-gi, and how that factors into the growth of jiu-jitsu as a spectator sport:

On making jiu-jitsu more widely available to grow the sport:

Danaher Death Squad representative Oliver Taza was initially scheduled to compete at Third Coast Grappling 7. Taza pulled out of that event so that he could face Mica Galvao at Who’s Number One. In a surprising twist, Galvao would fill in for Taza at Third Coast Grappling, winning the tournament just a day after defeating Taza at Who’s Number One:

There is no hiding that [FloGrappling] were trying to counter-program our events. There has been multiple times that that has happened, the last two events especially… They put Oliver Taza, who was in our thing, they put him in a tough spot. They told him he can’t fight Mica Galvao if he competes for us still. Oliver is a great guy… He pulled out to fight Mica… After that happened, Andrew Tackett was gonna step in. He got really sick all of a sudden and it was just one thing after another, and I was finally like, you know what? I’m gonna go get Mica Galvao… Mica came over the next day and I’ve never seen anything like that. I’ve never seen anything like that in my life.

Seth’s gonna be on the west coast, I want to be on the east coast. Seth is in Texas, I want to be in California. We eventually want to be in that cycle where we’re just crisscrossing the country and spreading the gospel. That’s how you get the hearts and minds… you’ve got to be out there everyday in the trenches… Doing something that actually contributes to the community, rather than a bunch of drama and BS and divisiveness. I’ll work with anybody, I don’t care who you are. After my experiences early on in the industry, it really taught me some lessons.

Recently, FloGrappling has seen a jump in popularity of its Who’s Number One events, prompting Fight To Win’s Seth Daniels to publicly complain about the lack of promotion for Fight To Win, another promotion that airs exclusively on FloGrappling.

FloGrappling is doing a great job with what they’re doing for jiu-jitsu and growing their brand and Who’s Number One. Personally, I think that’s all they should do. They should just kick everybody else off and do your own thing. Put your time and resources into all of it and stop spending your time and resources on things that are just causing problems for you. Because if I have a bunch of partners that are just messaging me because I’m not covering them enough everyday and I’m making my bread this way, I’m gonna cut those people out… I get it on the business side. But the way they went about it was kinda shady with some people, and it’s not my fight so I’m not going to get into it. Outside of one or two people over there, I got nothing but love for them.