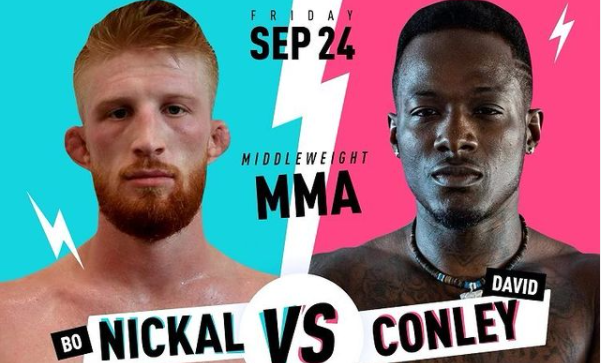 From 2016 to 2019, Penn State’s Bo Nickal was one of the best collegiate wrestlers in the country. He is now set to make his much-anticipated MMA debut, according to a report from MMA Junkie. On September 24 at Island Fights 69, Nickal will square off with David Conley for Nickal’s pro debut. The event is set to take place in Pensacola, FL.

While at Penn State, Nickal racked up accomplishment after accomplishment. He was a four-time All-American, a three-time Big Ten champion, and a three-time national champion. After college, Nickal announced he had signed an MMA management deal and would be opening up a branch of American Top Team in Pennsylvania.

With his prodigious wrestling credentials and first-rate training, Nickal should instantly be considered one of the top prospects in all of MMA. He joins fellow Penn State wrestlers Phil Davis, Ed Ruth, and Bubba Jenkins on making the jump into MMA. Nickal has previously made a foray into submission grappling, losing by submission to Gordon Ryan at a Third Coast Grappling event in 2019.

David Conley is 31-years old with a 1-0 professional record.