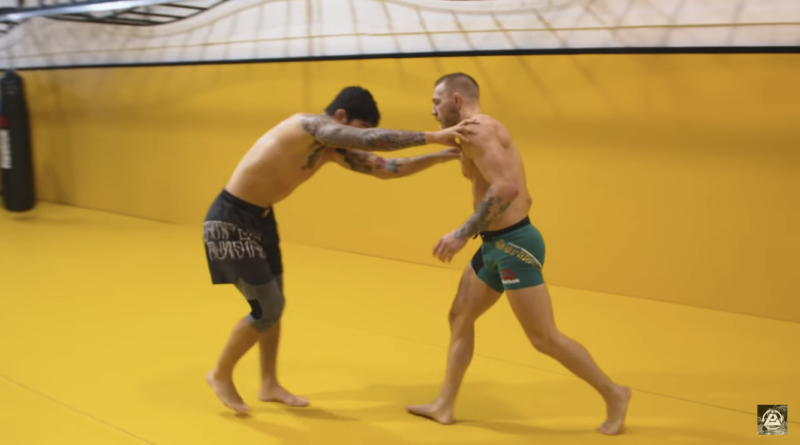 On Saturday, January 23, Conor McGregor will return to UFC action when he squares off with Dustin Poirier in the main event of UFC 257. McGregor is certainly MMA’s biggest star, and he has long been associated with one of the grappling world’s most prominent (and often controversial) figures, Dillon Danis. Ahead of McGregor’s fight at UFC 257, the submission-only promotion Polaris recently released footage from 2016 of McGregor rolling with his grappling coach, Danis.

The clip shows a relatively light yet high-paced roll between Danis and the Irish superstar. At the very least, the video gives a good idea of McGregor’s technical grappling chops when rolling with an elite grappler like Danis. Shortly after the video was filmed, McGregor would become the UFC’s first-ever simultaneous two-weight champion when he defeated Eddie Alvarez at UFC 205.

Although both McGregor and his opponent at UFC 257 are largely known for their striking prowess, don’t be surprised to see some grappling exchanges, at which point McGregor will need to lean on his training with Danis.

Danis has been no stranger to controversy. In 2016, Danis became McGregor’s grappling coach and a member of the camp’s entourage. A Marcelo Garcia black belt, Danis was asked to leave Garcia’s academy in 2017 because, as Garcia explained, Danis was not reflecting the image Garcia wished to be associated with. In 2018, Danis was involved in a notorious post-fight scuffle with Khabib Nurmagomedov, who had just moments prior defeated McGregor to retain the UFC lightweight title. Recently, Danis has found himself involved in public feuds with YouTube stars Jake and Logan Paul.