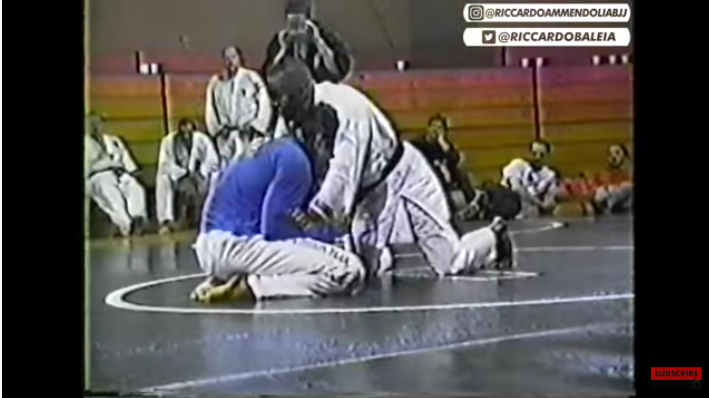 Rickson Gracie is a mythological figure in jiu-jitsu. He was the most athletic and talented direct son of Helio Gracie, rumored to have been 400-0 in competition, and the family’s chosen representative in early Japanese MMA. Gracie’s competitive and athletic prime coincided with the very early growth of Brazilian jiu-jitsu, which only served to further the myth around him, as he was able to dismantle opponents with terrifying ease.

To get an idea of the force that was Rickson Gracie in his prime, check out the video below, which shows Gracie rolling with 50 people for 25 minutes straight.

What we see above is classic, self-defense based Brazilian jiu-jitsu. Over and over again, Gracie accepts bottom position, sweeps his opponent from closed guard before moving to mount, and submits his opponent with an armbar. We see Gracie grappling jiu-jitsu practitioners, wrestlers, and probably a number of completely untrained toughs. Every match, predictably, ends in submission.

Gracie’s quasi-mythological status in jiu-makes him an interesting character, to say the least. Beyond just the legends of his undefeated record, he retired from professional MMA with a perfect 11-0 record.

Gracie’s legend only grew with the release of the 1999 documentary “Choke,” which chronicled Gracie’s path in MMA, as well as his unique preparation methods involving meditation and breathing techniques.