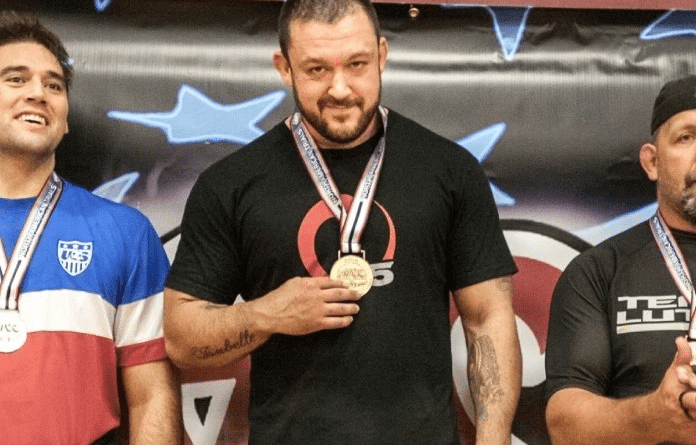 As the list of ADCC competitors finalizes there is one notable name missing. When Tom DeBlass first stepped onto the mats at Eric Colon’s academy, he could hardly fathom the path that jiu jitsu would lead him on. DeBlass, a talented high school long jumper had recently suffered an injury that forced him to retire from the sport but the embers of competitiveness still smoldered beneath the surface.

After a brief stint of training under Colon, DeBlass found his home under the tutelage of Ricardo Almeida, who fostered his competitive spirit and before long, DeBlass had his eyes sit on a new long term goal; he now yearned for ADCC gold.

The Abu Dhabi Combat Club’s World Submission Wrestling Championships is the Olympics of jiu jitsu. ADCC is the pinnacle of ground fighting and the highest point a grappler can aspire to reach in his career. DeBlass’ first exposure to ADCC came as a young purple belt. Blinded by the allure of gold, DeBlass entered the ADCC North American trials and tasted defeat. This defeat would only strengthen his pursuit of ADCC glory and shape set his mind upon qualifying in the future:

Defeat is an unpleasant inevitability of being a professional grappler. It’s impossible to coast through a career without tasting the bitterness of defeat. When faced with misfortune there are two choices: give up, or use it to grow. DeBlass chose the later and over the span of two years, he reinvented his game and emerged afresh at the 2009 ADCC trials.

The 2009 trials saw the rise of DeBlass as a serious competitor. He tore through the competition on a path towards gold and in the process, he continued the great lineage bestowed upon him by his mentors Renzo Gracie and Ricardo Almeida. The ADCC North American trials is perhaps the toughest tournament outside of the ADCC proper, by winning it on his second try DeBlass was making a statement of his intent.

DeBlass drew the short straw in the ADCC brackets and in the opening match he was matched with Ricardo “Cyborg” Abreu and despite a valiant effort, he lost via a negative. The match would act as a test of DeBlass’ level and he held his own against Cyborg, who would end up earning a silver medal.

The bitterness of defeat forced DeBlass to evolve, but this evolution would take him away from his love. Instead of focusing on grappling, DeBlass saw the next logical evolution of himself as a martial artist would be to become a MMA fighter.

“After ADCC 2009, I decided to start fighting in MMA because I wasn’t competing for the right reasons. I noticed that everyone knew people who fought MMA and you could be one of the top guys in grappling and nobody would know you. Here I was representing my country at ADCC and still the average person doesn’t know the difference between ADCC and NAGA. “

Over the course of 4 years, DeBlass ascended to the pinnacle of mixed martial arts earning a shot in the UFC and holding an unbeaten Bellator record. Despite a successful fighting career, DeBlass yearned for the mats and in an interview with Bloodyelbow.com he explained his heart wasn’t in MMA:

“In my heart I always missed jiu jitsu. I wanted martial arts to be fun again. I didn’t find pleasure after knocking out Lambert or stopping Carlos. To me jiu jitsu is always so much fun and I couldn’t find joy in MMA anymore.”

After hanging up his gloves, DeBlass found solace on the mats and a mere few months after his final fight, the New Jersey native dazzled at the North American trials, dominating his path through black belts en route to winning another gold.

While DeBlass looked assured at the trials, in hindsight coming from an MMA career back to the highest level of grappling in matter of months was a monumental task and at the ADCC proper, he tasted defeat. 2015 would fail to yield DeBlass an ADCC gold, but he managed to earn masters world championship glory.

Winning the ADCC North American Trials once would be the achievement of a career for most grapplers, but DeBlass elected to return for a third try in 2016 and in victory became on of the most succesful grapplers to ever compete at the North American trials.

ADCC 2017 brought mixed results for DeBlass, he was eventually eliminated by former champion Orlando Sanchez, but the championships still acted as a seminal moment in his career and acted as the impetus for DeBlass to being a new chapter of his grappling life:

“I am really happy to be refereeing for ADCC and hosting the East Coast Trials because ADCC has been a big part of my life for many years. I have always supported, and wanted to be a part of ADCC, even before I started competing for them. It means everything for me to be involved with ADCC, I am so excited for my future with them.”