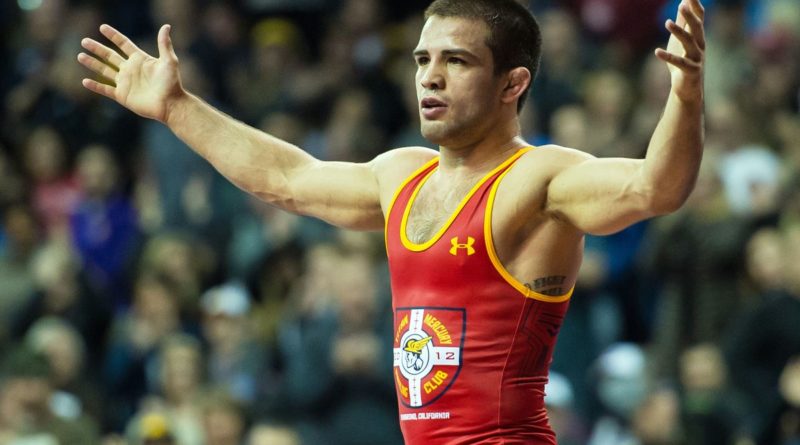 A Tony Ramos vs Nicky Ryan BJJ scrap immediately grabs attention. And when FloGrappling announced this WNO match, set for next month (Oct. 2) fans were excited. But many of us were left scratching our heads after reading the ruleset. The match will be 15 minutes in sub-only style and will go to a judge’s decision if there is no submission.

The consensus in the community seems to be that a match like this – where a wrestler is crossing over into Jiu Jitsu – should be ADCC style. That is, sub-only for the first half and then allowing points in the second half. This would take into account aspects that are valued in both disciplines (takedowns, guard passing, back control etc.) while also dedicating time to sub-only. Instead, the match will come down to submissions.

If you know anything about Ramos, you know he thrives at being the underdog. It didn’t stop him from winning the National Championship for the University of Iowa in 2014 or later beating Olympic gold medalist Henry Cejudo.

Still, there are questions on everyone’s mind. Can the Hawkeye defend a leg lock? Where does he train? Can he even get adequate training during a pandemic?

I reached out to Ramos to get these answers and he agreed to an interview with GI. Here is what he had to say.

GI: What are you up to these days?

Ramos: I’m one of the assistant coaches at the University of North Carolina. I retired from wrestling fully about a year and a half ago. My main focus has been on coaching and recruiting and building up that program (UNC).

GI: What are your thoughts on Nicky Ryan?

Ramos: The biggest thing you can tell is that he is a master when it comes to leg locks. He’s a guy that’s probably not going to stand with you much. He is going to sit down, pull guard, scoot around the mat at you. Those are things I’m ready for. I respect him for taking this. Just as much as people are telling me that I’m at a disadvantage with the rules, at the same time he has no idea of my background in grappling.

GI: The biggest gripe about this match is the ruleset. I would have liked to see ADCC rules. But you have been on the big stage and if there is a wrestler to win, it’s you.

Ramos: That’s one of the reasons why I was so excited about this opportunity. I tried getting some modified rules, but that’s fine that I didn’t. I’m a wrestler and our whole lives we have to transition between folkstyle, freestyle and Greco. I wouldn’t say that submission-only hinders me. In freestyle, you have to control the action when it goes match length and this is the same if it goes to a judge’s decision.

GI: Do you train in Jiu Jitsu much?

Ramos: I messed around with it because my brother was a pro fighter. Now I’m going through a camp at Elevated gym here in North Carolina. I’m excited to learn another discipline and become a student again.

GI: Are you guys going to bring in anyone to replicate Ryan?

Ramos: That’s the main focus. Positioning for leg locks, to know where I need to be and how to defend them. The best thing for me is learning how to do some of those (leg locks). If I know how to do them, then I’ll know how to get out of them. A ton of people have reached out wanting to help me. I know everyone thinks I’m crazy for taking this match, but my whole career has been overcoming people doubting me.

WNO will take place Oct. 2nd with the headline being Gordon Ryan vs Matheus Diniz.