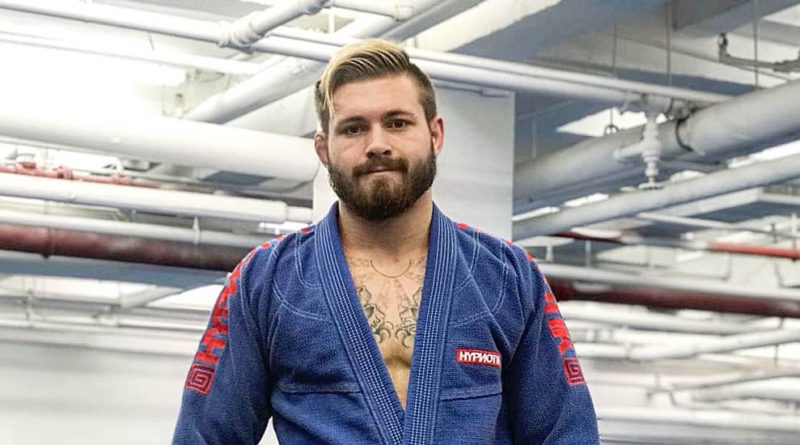 Gordon Ryan has without a doubt cemented his position as the world’s best No Gi grappler right now and he’s beaten the majority of the field of elite competitors available but there are still some interesting matches for him to take. Here are the top 5 matches we want to see him take now:

This is the most obvious of these matches and probably the one that Gordon Ryan would want the most. Felipe Pena is not only one of four men to own a victory over Ryan at black belt, he’s the only one who’s managed to do it twice, and the only one to finish him. Pena last beat Ryan in the final of the Absolute division at ADCC 2017 but was unfortunately absent from the 2019 edition, where Ryan clean-swept both his weight-class and the Absolute division in a fantastic display. Ryan hit a whole new level over the last two/three years of his development and it would be more than a little interesting to see if he can get revenge on the Brazilian.

This is the one matchup that every BJJ fan on the planet would simply HAVE to watch but also the one that’s least likely to happen. Roger Gracie has been happily retired since 2017 and even that was just a one-off match against Marcus “Buchecha” Almeida, only his third of these since 2010. Not just that, but Roger was famously the king of Gi grappling and any match between him and Ryan would inherently give one man the advantage over another, unless it was potentially a series. Sadly, we’re not the first to want this and according to some of the sport’s biggest promoters: Roger Gracie is not interested in returning to competition, even for matches against someone like Gordon Ryan.

This might seem like an unusual request seeing as Lachlan Giles would be at a pretty hefty weight disadvantage, somewhere in the region of 30kg. But Giles has proved himself as a giant-killer by Heelhooking his way to an ADCC Absolute Bronze medal in 2019. In fact, the only man in the Absolute bracket who made it past Giles was none other than the king himself. While Gordon Ryan pretty comprehensively beat Giles in their only competitive match, if Giles is capable of finishing the likes of Mahamed Aly and Kaynan Duarte, it’s not like he’s out of his depth against Ryan. Realistically, it would be amazing to see Giles get the chance to avenge the loss and become the lightest man to beat Gordon Ryan by a mile.

Speaking of the bigger men, Kaynan Duarte has been quietly putting together a case as one of the best big men on the planet right now. While him and Ryan have fought a few times at the colored belts, they’ve only had one meeting at black belt back in 2018 when Ryan won via Rear Naked Choke. Last year was when Duarte really came into his own though, after beating some phenomenal Heavyweights both in and out of the Gi to be crowned Kasai Champion and Spyder Invitational Champion. This was done while also winning his weight class at ADCC 2019 and an IBJJF World Championship (that he was later stripped of for a doping violation). He’s been practically unstoppable and he absolutely deserves another chance to fight Gordon Ryan.

Keenan Cornelius has had two chances to take down the king and he’s come up short on both occasions so it might seem odd to want to give him another chance. But when you consider that the most recent of these was three years ago and the other was an epic 90 minute match that both men looked incredible in, another match makes sense. We nearly got this rematch at ADCC 2019 until Cornelius was forced to withdraw due to injury and it would be great fun to see these two meet without a time limit in place again, that would surely produce another epic match for the ages no matter who wins.