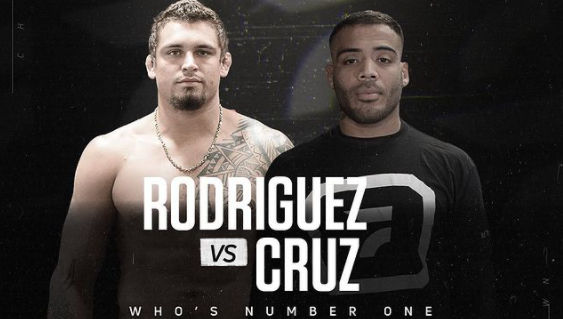 The matches were announced by FloGrappling.

Formerly of the Danaher Death Squad and now a member of The B-Team, Rodriguez impressed in his last WNO appearance, displaying excellent guard passing and positional control to defeat two-time ADCC champion Yuri Simoes. Before he faces Cruz at WNO in January, Rodriguez is scheduled to compete against undefeated MMA heavyweight Steve Mowry at Fury Grappling 3.

Elder Cruz might be the best brown belt in the world. In his last WNO match, Cruz dominated Daisy Fresh’s Jacob Couch. Similar to Rodriguez, Cruz possesses excellent wrestling, guard passing, and can grapple at a furious pace, making this match-up particularly compelling.

“Tubby” Alequin is a veteran black belt competitor with a no-gi Worlds and Pans gold medal under her belt, as well as an ADCC Trials gold medal. At the WNO Championships in September, she secured the fastest submission in women’s WNO history with a lightning-quick toehold on Jessa Khan.

Brianna Ste-Marie only recently earned her black belt, but has already firmly established herself as an elite competitor. She is a Combat Jiu-Jitsu and Medusa champion, and is coming off a gold medal performance at the ADCC East Coast Trials.

Both Alequin and Ste-Marie are fierce competitors, and the clash between Alequin’s modern and dynamic game and Ste-Marie’s more traditional, but highly effective approach should produce an interesting match.

These matches join previously announced WNO title matches between Craig Jones and Pedro Marinho for the light heavyweight belt, and Tye Ruotolo versus Levi Jones-Leary for the welterweight title.

How to watch: WNO takes place on Friday, January 21 and will air live on FloGrappling (subscription required).

Ben Coate has 831 posts and counting. See all posts by Ben Coate