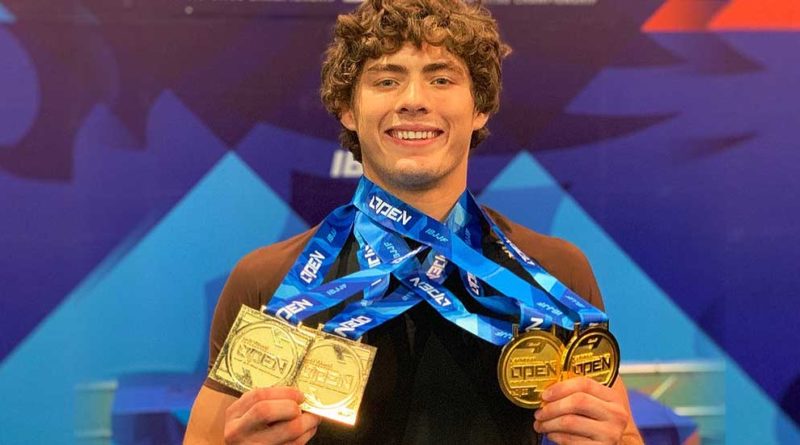 The Third Coast Grappling middleweight grand prix scheduled for June 19 has seen some recent changes. The promotion has announced that Tye Ruotolo — one of the field’s early favorites — is out of the competition and will be replaced by Roberto Jimenez.

Although he is still very fresh into his black belt career, the 21-year old Roberto Jimenez has already established himself as an elite competitor. He was a brown belt no-gi world champion, and since 2020 alone he holds notable wins over Keenan Cornelius, Manuel Ribamar, Pedro Marinho, William Tackett, Vagner Rocha, Nick Rodriguez, and both Ruotolo brothers.

Jimenez has competed just twice in 2021, losing a decision to Isaque Bahiense at BJJ Stars and losing by submission to Gordon Ryan at Who’s Number One.

Additionally, Third Coast Grappling has announced that William Tackett is out of the middleweight grand prix and will be replaced by his younger brother, Andrew Tackett. The younger Tackett is a purple belt in jiu-jitsu but is already the Fight to Win brown belt no-gi champion. He competed on the last Who’s Number One card, defeating Sean Yadimarco by decision. In addition to the Third Coast Grappling middleweight grand prix, Tackett is currently scheduled to face Mica Galvao at the next Who’s Number One on May 28.

How to watch: The Third Coast Grappling middleweight grand prix will take place on Saturday, June 19 and will live on Fite TV pay-per-view.